The starting point of mission

This is the starting point of mission. Everything else flows from this. The word “mission” is a Latin word that means “sending”. For the first fifteen centuries or so in the story of the church the word was only ever used to describe what God does. Mission is God sending his Son in the world and sending his Spirit into the world. Our mission is the extension of the mission of the Trinity. And the mission of the Trinity is to share their joy and love.

At the 2012 Olympics the South African swimmer Chad Le Clos won a gold medal. His father, Bert Le Clos, was famously interviewed afterwards. His joy was uncontained. “Look at my boy,” he kept saying. “He’s so beautiful.” God the Father creates us so he could say to us, “This is my beloved Son in whom I am well pleased.” Mission is God saying through us: “Look at my Son. He’s so beautiful.”

The cascade of divine love

Near where I live is Chatsworth House. It’s one of the finest grand houses in Britain. It’s believed to have inspired Pemberley, the house of Darcy, in Jane Austen’s novel Pride and Prejudice. It was certainly used as the location for Pemberley in the 2005 film adaptation of Pride and Prejudice. The house and its gardens are open to the public. In the garden is a huge cascading fountain. It runs all the way down a hillside in a series of steps. The water flows from one step to another. The public are allowed to paddle in the fountain and walk up the steps.

“Why should you get involved in world mission? For the same reason God sent his Son: out of the overflow of divine love.”

It’s a good image of God’s love. The Father is the fountain of life and love, and his life and love fill the Son and overflow through the Son to the world. That love overflows to you and then through you it keeps on flowing to a needy world.

Where does all the water come from? From the top. It’s not that we have to generate love. We don’t bring love into existence through an act of will, screwing our faces up to get on with it. All we do is sit under the cascading fountain of the Father’s unfailing love, flowing to us from the Father through the Son by the Spirit. We sit there, getting drenched in love, until love flows out from us to a needy world. What happens when we sit under the fountain of God’s love? We become loving people. The Apostle John says: “Everyone who loves has been born of God and knows God. Whoever does not love does not know God, because God is love … No-one has ever seen God; but if we love one another, God lives in us and his love is made complete in us… We love because he first loved us.” (1 John 4:7-13, 19-21) The cascade of love continues. Those who are loved by God love like God.

Why should you get involved in world mission? For the same reason God sent his Son: out of the overflow of divine love.

This purpose inspired Samuel Zwemer, one of the great missionary leaders of the early twentieth century. He was nicknamed “the Apostle to Islam” because of his work across the Muslim world. He worked as a missionary for nearly 40 years before becoming Professor of Missions at Princeton Theological Seminary. His work was often costly. He lost two of his daughters aged four and seven, within eight days of each other. What drove his remarkable missionary endeavour was this vision for the Father’s glory in his Son. “The chief end of missions,” he said, “is not the salvation of men but the glory of God.” “God has created the entire world that it should be the theatre of his glory by the spread of his Gospel.”

Will you be a part of seeing Zwemer’s prayer answered in our generation?

This article is taken from Mission Matters by Tim Chester published by Inter-Varsity Press, Nottingham 2015. For more details, or to purchase the book please click the link below: 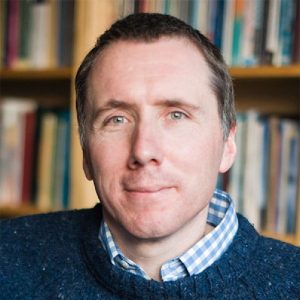 Dr Tim Chester is the pastor of Grace Church Boroughbridge, North Yorkshire; a faculty member of Crosslands Training; and the author of over 30 books. 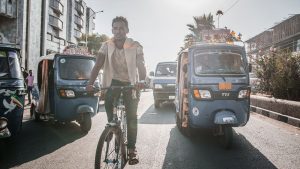 What is God’s will for me?

If God has a wonderful plan for my life, as the evangelistic tract tells us, then why doesn’t he tell me what it is? 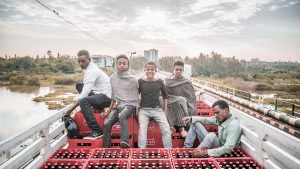 The starting point of mission 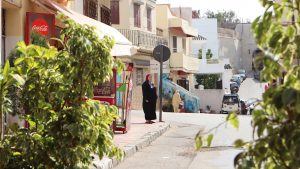 I met Jesus on the TV

“I met Jesus on the TV”. Samara smiles at my confusion. “One day, I was flicking through the TV channels looking for something to watch. I found this man talking about religion in Arabic. But this wasn’t Islam. He was talking about Jesus.