What’s the future face of Mayotte?

John & Alma Baker have just returned to Mayotte after being a part of a Training in Ministry Outreach (TIMO) team there over four years ago. They are supporting a small international church and sharing the good news with their neighbours.

This week’s edition of the ‘Mayotte Hebdo’, a weekly news magazine, is in front of me. The headline says ‘Et voici, le futur visage de Mayotte’, which means ‘And here it is, the future face of Mayotte’. Along with the headline are computer generated images of a state of the art hospital, a hotel with an indoor pool and a very clean looking cultural centre. 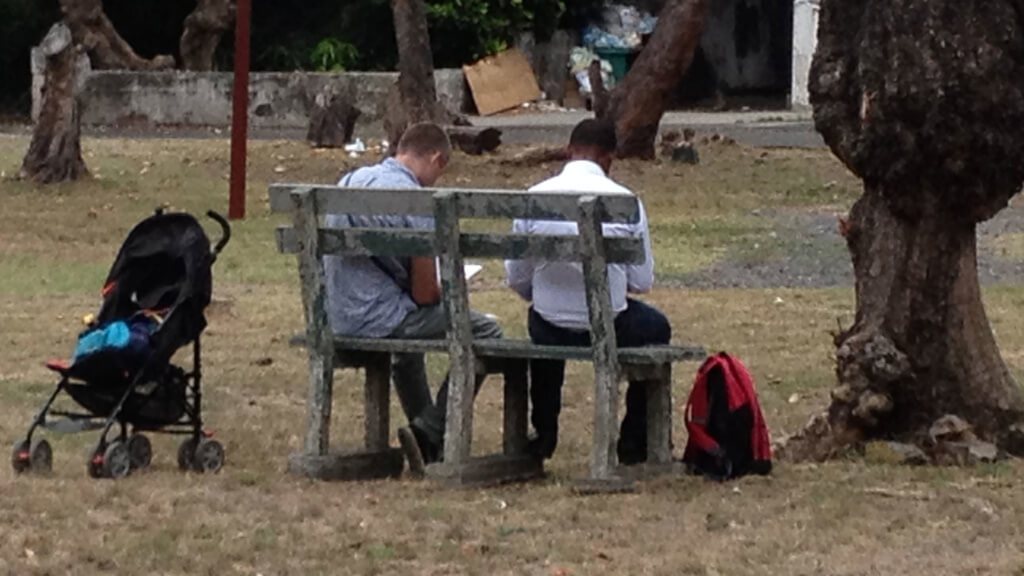 Sharif* is from one the neighbouring islands. He grew up a Muslim, as everyone there does. His uncle was the ‘Grande Mufti’, so he comes from a respected and religious family. A few years back, Sharif was sent to study in Egypt. He told me that during the first Ramadan there he passed a McDonalds and saw lots of people eating inside. Confused, he later discovered that they were Christians. He started to get interested, and during his stay in Egypt he attended church regularly, although without really understanding what was going on as the service was in English! After finishing his studies, Sharif returned home and informed his relatives that he wanted to continue going to church on Sundays. This was not welcome news for his family and it caused conflict. One night, an uncle arrived at the shack where Sharif was staying with a can of petrol and matches to burn it down. Sharif decided to escape to Mayotte, which is where we met, where I shared the gospel with him and where he decided once and for all to follow Christ.

For the thousands of immigrants who arrive here each year, Mayotte represents a better future. Mayotte is an overseas department of France in the Indian Ocean. And, as part of France, it is also experiencing an influx of immigrants, but on a much larger scale. The latest estimate puts the population here at 251,000, of which as many as 40% are immigrants. Whilst immigration raises tricky political questions and moral dilemmas, ultimately we can see God’s hand at work. I see this in two main ways.

Christians seeking to evangelise Muslims across the world have noticed that traditionally resistant groups of people are often much more receptive to the gospel when they have left their homeland and live elsewhere. There is less community and familial pressure, and there is greater freedom to explore faith without feeling all eyes on you, noticing whether you are going to church or meeting with a Christian to read the Bible. That is definitely happening here. There are many people here from the neighbouring islands, and a small number of these have become disciples of Jesus. We have personally seen two conversions of immigrants and another two who are very interested in the gospel during the short time we have been back here on Mayotte.

We have attached ourselves to L’Église (Church) Protestant International de Mayotte. Most of its members are Malagasy, but there are also increasing numbers of other Africans and a smattering of Europeans. At present, I would say a lot of them are a bit fearful of Islam and a bit sceptical of locals coming to Christ in significant numbers. Alma and I are here to share the good news with the Mahorais and the immigrants, and to encourage, equip, train and partner with the church in helping them achieve what I believe God has brought them here to do.

Looking back at the front page of ‘Mayotte Hebdo’, I imagine the same headline but with different images: pictures of local people gathered together; singing, praying, studying Scripture and witnessing to the good news of Jesus Christ. 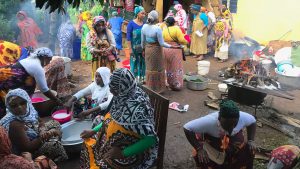 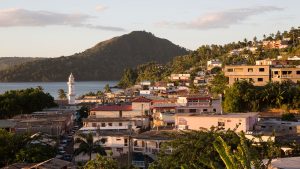 Finding Jesus through the Bible

John and Alma Baker, with their daughter, Anya, live on Mayotte where they are involved in church planting and working alongside the expatriate church. We asked them what role the Bible plays in evangelising to Muslims? 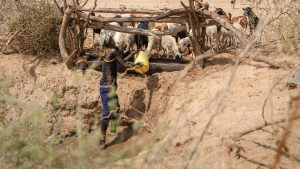 Anglelo became a Christian when he was attending school outside of the Laarim area. After finishing school he returned home, wanting to share the gospel with his own people. Angelo can speak Laarim and English so he has been a great asset to the recent team serving among the Laarim. He has started to help with the translation of Bible stories and advised with cultural differences.﻿