Bible teaching and the Holy Spirit

Steve Lancaster works with the Africa Inland Church Tanzania as a Bible Teacher at the Institute of Bible & Ministry in Morogoro, Tanzania. Here, he shares about the importance of theological education and his passion for sound teaching.

The laptop kicked into life and I ‘clicked’ my way to the BBC website to peruse the latest news. During the previous few days, we had been starved of a decent internet signal and so I was keen to reconnect with the outside world! We had just returned from the south of Tanzania after another Institute of Bible & Ministry (IBM) pastors’ conference, which had involved a return journey of a thousand miles over four days of travel. Our subject for the three day conference had been, “What does the Bible teach about the person and work of the Holy Spirit?” And so, imagine my surprise then as I clicked onto the BBC website, to see an article entitled: “Is the Holy Spirit living in Africa?”!

“…one of the reasons we’re passionate about teaching God’s Word and engaging in discipleship, is to help combat false teaching which abounds in many churches, not just here in Africa, but around the world.”

Is the Holy Spirit living in Africa?

A few clicks later and I’m reading about an African church denomination in the Democratic Republic of Congo called the Kimbanguist Church which apparently has over 5 million attendees. It was founded in the 1920’s and named after its first leader Simon Kimbangu, who had grown up as an orphan and was educated at a Baptist Missionary School. He died in 1951, but as he died, a grandson who was given the same name, was born – and the Kimbanguists decided that the little child was a reincarnation of grandpa Simon! Furthermore, and this is where it becomes disturbing and down-right blasphemous, they believe that this grandson is the Holy Spirit! I’ll let the journalist pick up this rather bizarre story: “The town of Nkamba in DR Congo has an unusual resident – the Holy Spirit. Pilgrims travel many miles to the church to meet him, and on arrival, I too am taken to see the Holy Spirit. Old and young, men and women, all kneel before him as he stands there in a plain suit”. Unbelievable!

The Kimbanguists say they believe in the Bible but they are also waiting for a second book to complete it – and they believe that Ezekiel’s description of a future temple in Jerusalem (Ezekiel Ch 40) matches that of the huge green and white church that now stands in the town of Nkamba. The denomination also has a very strict moral code of conduct which includes the banning of alcohol & tobacco, unusual dancing, having arguments with relatives, bathing or sleeping in a state of undress, and eating pork or monkey meat. Amongst other rather odd regulations, there is a requirement to pray seven times a day and a belief that their hymn writers are able to capture songs directly from the angels…

So – why is theological education so important?! Why is AIM involved in Bible teaching in over 14 different countries in Africa?! Why do we place so much importance on teaching God’s word, training pastors and discipling believers in this colossal continent?! Well, on the off chance that you might have missed the above connection, one of the reasons we’re passionate about teaching God’s Word and engaging in discipleship, is to help combat false teaching which abounds in many churches, not just here in Africa, but around the world. In his letter to Titus, the apostle Paul says: “you must teach what is in accord with sound doctrine” –  and for those involved in theological education with AIM, whether that be under an acacia tree in the middle of the African bush or in a classroom at an academic level, that is of course what we are aiming to do.

We know that “all Scripture is God-breathed and is useful for teaching, rebuking, correcting and training in righteousness”, and if that really is the case, then we have to be serious about passing on God’s instructions so that the pastors and evangelists, the fledging followers of Christ, and the average person in the pew, “may be thoroughly equipped for every good work” (2 Tim 3:16-17). 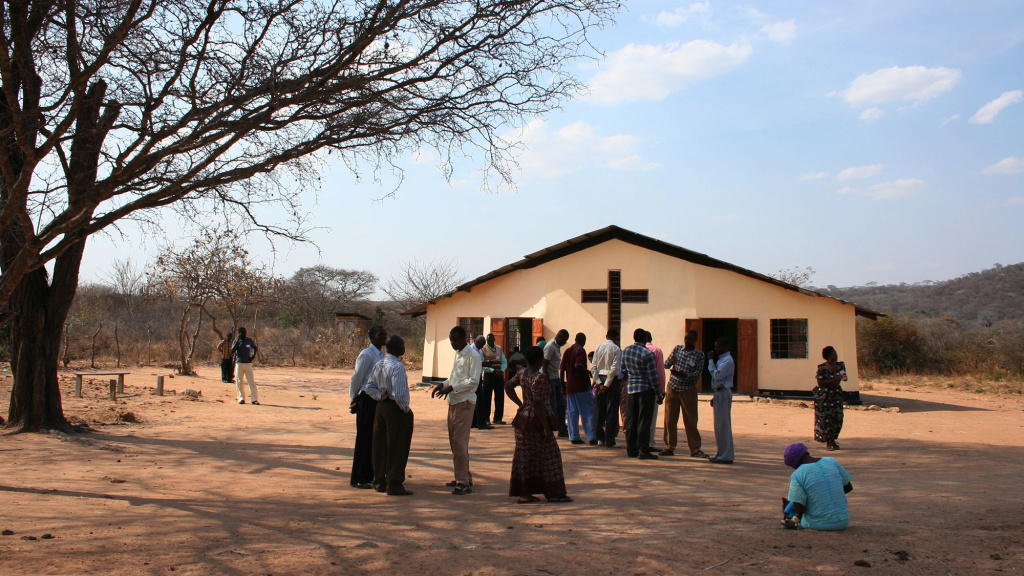 “…our prayer, here at the Institute of Bible & Ministry, is that as we teach & train, we prepare people for works of service so that the body of Christ is built up.”

Another very good reason for engaging in theological education is that Christ himself spent a great deal of time teaching and training his twelve disciples to be ‘fishers of men’, and of course the impact of that training was immense as eleven of those disciples continued to follow in his footsteps and helped in the establishment of the early church. But not only was Jesus a theological educator himself, and not only was Jesus a model disciple-maker, he also commissioned us to be involved, at some level, in ‘teaching’ others about himself. The great commission, which is all about discipleship (and not just about making converts), commands that we teach people from all nations to obey the teachings of Christ. And our prayer, here at the Institute of Bible & Ministry, is that as we teach & train, we prepare people for works of service so that the body of Christ is built up (Eph 4:12), and churches become more and more Christ-centred. And it goes without saying, that a Christ-centred church is automatically a church that places a lot of importance on the teaching of God’s word. If it doesn’t place much importance on the word, then the chances are that Christ is not at the centre and has been replaced by some other focus of attention – as has happened amongst the Kimbanguist churches of DR Congo.

Enabled by the Holy Spirit

Is the Holy Spirit living in Africa? Absolutely! But thankfully not in the form of Simon Kimbangu in Nkamba Town, Congo! He is however living in and through the lives of those who truly know Christ as their saviour, and he seeks to guide, counsel, convict, comfort and teach those who know him and allow him to. Thankfully, he’s also in the business of enabling and equipping his servants to “preach and teach the Word with great patience and careful instruction” (2 Tim 4:2)! 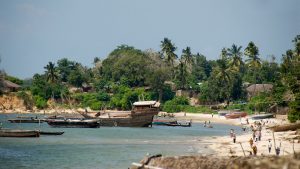 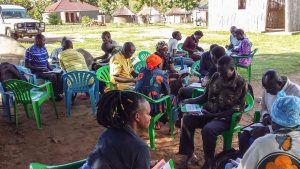