Hearts are turning to God

The TIMO team to the Fulani have been in Niger since May 2016. Angèle tells us how the team have seen God working in the hearts of the Fulani.

As we have been getting to know our neighbours, there has been one family which my two housemates have built up a good relationship with. Abraham*, the father, has been in contact with Christians for some years through one of his aunts who is a Christian. He had heard the message of salvation and was attracted to it. He had begun reading John’s gospel with one of my housemates, but was concerned because his two wives could not read. When they had the opportunity to give Abraham audio recordings of the Bible in Fulani, he and his two wives listened to them continually. Often the women asked our team leader about becoming Christians and having two wives. 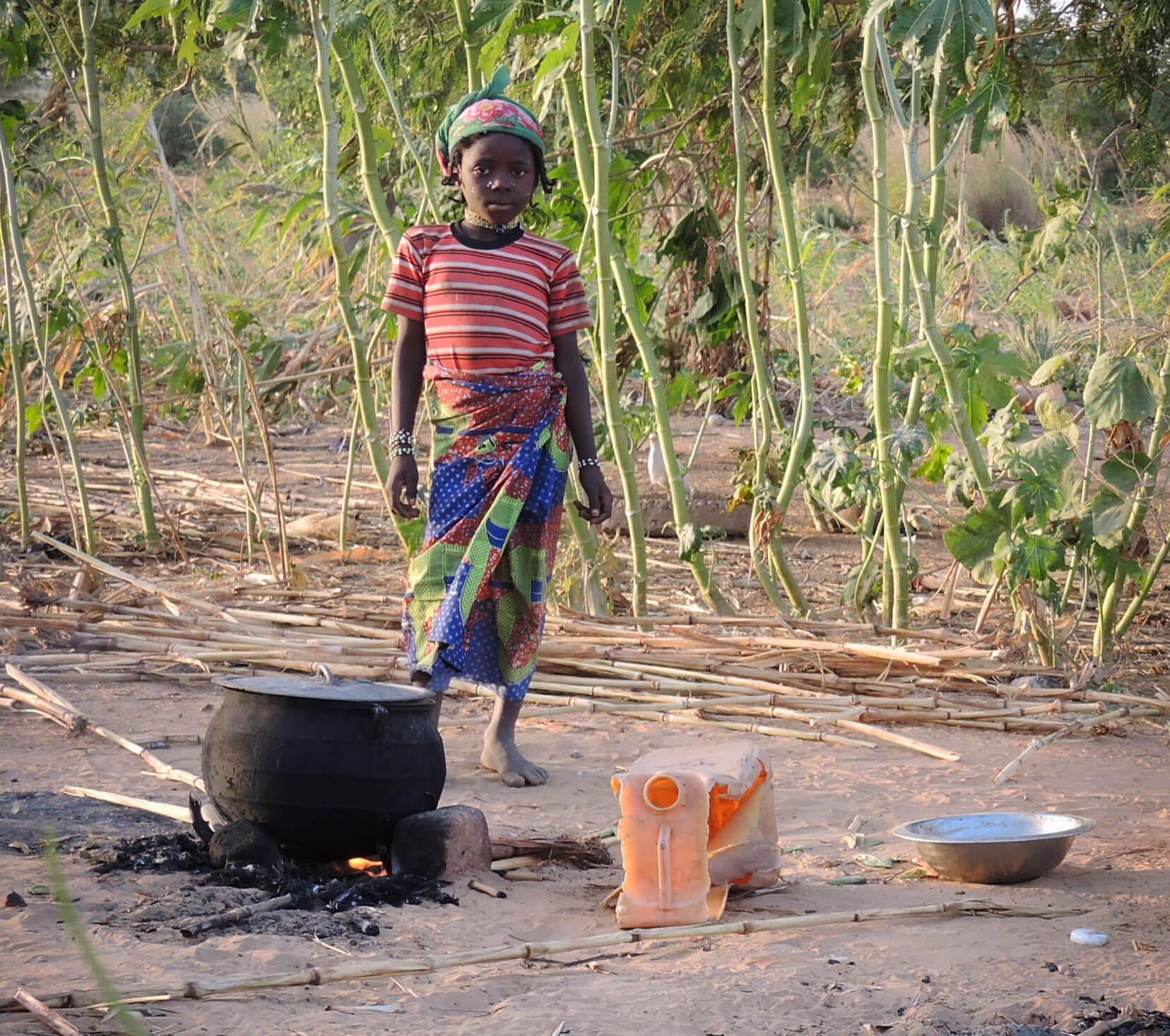 There are times when we feel caught in circumstances that overwhelm us. Angèle shares with us one of her recent experiences of feeling great weakness, and how it worked for God’s glory.

It all started around midnight, when one of our neighbours came to get my housemate and I (we’re both nurses) because her daughter was in labour. This was Anna’s* first pregnancy and she has cerebral palsy which prevents her from using her right arm and makes her right leg weaker. My housemate had asked the family, with whom she developed a close friendship, if she could be there for the delivery.

The Fulani tradition is that a girl will give birth in her mother’s hut for her first childbirth. The girl comes to live with her parents one to two months before the end of the pregnancy and stays with them for at least a year afterwards. Her mother (the child’s grandmother) will be the one who teaches her how to take care of the child and will do a lot of the washing and carrying.

I don’t know much about childbirth, so I was mainly there to observe. Everything seemed to progress normally through the night. At 5:00am the contractions were stronger and closer and we thought the baby was coming, but as time passed there seemed to be no change. Anna was fatigued from the night and I began to wonder if she would have enough strength to give birth on her own.

We phoned the wife of our team leader so she could find out if we should go to the hospital. Without hesitation the answer came back yes.

It was Sunday, so when we arrived at the hospital there was no doctor on site and we had to wait for the on-call gynaecologist to arrive. Anna was doubled over in pain, but still it was impossible to deliver the child. We continued to wait for the gynaecologist. I was exhausted and I could not even pray. In my despair, my heart cried to God and begged Jesus to intervene. As I was despairing and feeling overwhelmed, God said: “This may be impossible humanly, but trust me!”.

Eventually the midwife, seeing that the baby was suffering, decided to extract it with a suction cup. My housemate and I held Anna, who by now had become too weak to keep her legs bent over the bed. After three attempts the baby finally came into the world and uttered his first cry! Glory to God the little girl and her mum are both very well.

Anna’s father is Abraham* who, along with both his wives, has recently come to know Jesus. Please pray for Anna, that as she stays in their household God would reveal himself to her too.

When a Fulani friend who is a pastor came to visit, Abraham and his family were able to fully ask their questions and receive answers in their own language and culture. During this time they prayed and chose to follow Jesus!

That same day, we buried a little two-day-old twin, born into the dear family that gave part of its land for our house. Precious and beloved by God, she passed away that morning on her mother’s bed, in our presence and that of her grandmothers. My tears flowed freely, but my heart was full of peace with the assurance that God is sovereign together with this word from the book of Job: “The Lord gave and the Lord has taken away; may the name of the Lord be praised”.

But those were not the only things to happen that day. The next day we learned from our team leaders that as we were accompanying the family in mourning, the chief of our village had given his life to Jesus!

When our team leaders came to the village, the village chief had been very welcoming. In 2015 he was given a recording of the Bible in Fulani. Although very friendly, the chief had never really talked about it until last week. He began to tell our team leader that his children were worried about him becoming a Christian, because who would bury him when he died? As the rest of the family were Muslim, none of them would be able to bury a Christian. Our team leader asked whether the most important thing was that he was buried by his family or that he was in heaven with God. The chief acknowledged that his life after death was the most important. As they continued their discussion, he offered a meeting with the Fulani pastor.

The following Saturday, as the chief was preparing to leave for the two hour walk to the market, our team leader met him to tell him that the pastor was coming and asked if he could he wait. The chief immediately agreed. During their exchange, the chief explained that one night in his hut, he had begged God to reveal to him whether the truth is the way of his religion or that of the Christians. That night he had had a dream in which God showed him that the truth is the path that Christians follow, Jesus.

The pastor explained the gospel and the chief decided to follow Jesus. The most important thing for him was to walk in the truth, even if his family didn’t understand or he faced opposition. Since then he has been eager to know more and comes to our team leader several times a day to listen to Bible recordings in Fulani.

We are amazed to see how God has attracted these people to Jesus. Thank God for his salvation and the manifestation of his power and presence in the lives of these four people: Abraham and his wives Elizabeth* and Mary*, as well as the chief. Pray for protection, growth and understanding of Scripture for these four, and for the courage to bear witness to what they have experienced.