Sam and Derrick are Ugandans, both involved in mission work.

Sam serves as the team leader for Global Link Afrika (GLA), creating awareness – especially in Uganda and East Africa – of mission issues, creating platforms for training, equipping those who have an interest in mission, and working in partnership with the church to send Ugandans and East Africans to serve in places of need. Derrick is also part of the GLA family. He has been through a Kairos (mission mobilisation) course, has done some mission work, and is currently preparing to serve long term in North Africa.

As the church in Africa has seen tremendous growth and a burgeoning interest in mission, Seb Allwright, an AIM missionary, interviewed them about what role there is for western missionaries to play on the mission field in Africa. Here is a transcript of part of their conversation:

Given that the church here [in Uganda] is strong and growing, much faster than our church in the UK, what role do you believe western missionaries have to play?

Derrick: The first thing I would think is that role of, let me call it ‘inspiration’. That part where Seb comes in and meets me, and is like, by the way I am a person like you. I met another missionary who was an engineer like me, and, in fact, he had studied for a Masters. So I felt like, “Oh, we are the same, I can actually think about doing this thing”. There’s that part where we can be inspired, missionaries can come to us and tell us, “By the way, this thing is not ours, you can also come and join us”.

And we still need people, I think, to go to [difficult] places, because there are places where as a church we still feel that’s too much for us, we are not yet there. Most churches cannot yet adopt a missionary to stay long term in some fields, so for now we need you to play a part until we are up to the challenge.

Sam: And even when we feel we are up to the challenge, I actually think that there’s beauty in all of us working together, everyone bringing their strength to the table. Everyone bringing their experience, the things that God, by his providence, has allowed to flourish and shine in your context. Obviously not everything will work everywhere, and I think that that speaks into the posture from which you come.

But I think two things. Number one is that there are fires that are burning already in Africa. There are indigenous missions organisations that are beginning to emerge. There’s a fresh awakening to mission within Africa, there is growing interest within Africa for involvement. And I think that one of the things you could do is to come and inspire and encourage those fires with your experience. Not necessarily – how do I put it? – not necessarily wanting it done the way it is done elsewhere, you understand, but inspiring, encouraging, motivating.

I think the other thing that is key is when you come, it would be good to come to encourage local initiatives as opposed to replace them. You know how you can work in such a way as to create a system of dependence; you understand, you know it all, you have it all. So you’re not looking out to see what is working, you’re not engaging in order to understand what the issues are here, what the strengths are that you can encourage. I think for people who have a lot more experience in this work, the bigger role is that of an encourager, and a friend, and a partner.

So, what are some of the attitudes that we need to come with?

Sam: I have had interactions with friends from the West. Some, they come like there is nothing going on here. You know… ‘We came to show you the light!’. And I think that that’s not very helpful, and soon you’ll discover that actually you can’t do this thing alone. I’d like to suggest that it’s important to come and listen, to pay attention to the things that are going on. It’s important to come, not with an assumption that there’s nothing happening. Movements may be slightly different, they may be not too big, but actually things are going on. And so it’s good to come and listen and learn, and then we can grow together. So that’s number one.

Number two, I have also met people who come with a very superior attitude and they think everything rotates around money. Someone told us that they could give us all the money we need, but we refused the money because we felt there’s something particular that God has asked us to do, and if we switch to your way of thinking and doing things, simply because you have money, well we’ll lose out on what God is trying to do. So, a learner’s posture and an equal friend and partner posture, I think is key.

Derrick: I think it’s the same as when you’re traveling to any place, you need to have a sort of openness. You are probably told a lot of things and you’ve learnt much before you go, but some things will be different. It’s always different from what you’ve heard, both on the good and the bad side. And also, maybe I would encourage you to be open and speak if there are some things you don’t understand. Why are all my neighbours bringing me food on my first week, and lots of food? Do they think I eat a lot? So speak out, don’t feel like if you press too much, you might offend people. No, see and speak out, so that we understand each other.

Sam: There are areas where you’re strong, there are areas where we’re strong. But there are also areas where I see we would need to grow, and I think you can bring your area of strength to the table. But also, work with us to help us to develop and grow in those areas where we are lacking, and do that in such a way that is sensitive to our contextual issues. Do that with sensitivity. The way to appreciate the sensitivity is by actually listening and seeking to learn before you open your mouth too quickly. It’s not always easy, but you need to identify people who are honest and sincere, people who will tell you, ‘My brother, culturally that’s really not appropriate’. 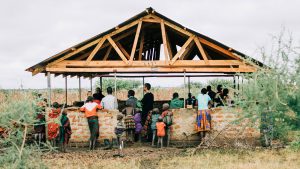 Paul and Helen share some prayer requests from Isaac, Adia Rosa and Amuk and Betty, local Karimojong believers in Uganda. 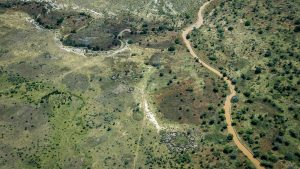 Sam and Derrick are Ugandans, both involved in mission work. Seb Allwright, an AIM missionary, interviewed them about what role there is for western missionaries to play on the mission field in Africa. 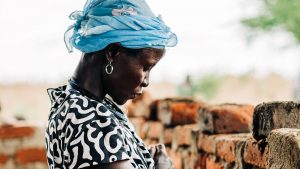