The year of African mobilisation

My family and I started our missionary work in the islands off the coast of East Africa and stayed there for 10 years. Our hearts were for the Islanders, to make disciples among them and to see churches planted. Heavily Islamic, the islands were almost totally void of Christians and churches. Except for the Malagasies.

We left the islands 15 years ago. But our Malagasy brothers and sisters are still there – still reaching out, and still impacting the islands with their gentle presence.

They were guest workers from Madagascar; they lived with the Islanders, learned their language, and integrated into their culture. Traditionally Christian, they were allowed to form their own churches – little islands of Christianity in a sea of Islam. We worshipped with them but were often reluctant to get further involved. Our call was to the Islanders. As we got to know the Malagasies, however, we began to view them as co-workers. We did ministry together, and we began to see that by strengthening this “proximate” church, we might have a bigger impact overall. We left the islands 15 years ago. But our Malagasy brothers and sisters are still there – still reaching out, and still impacting the islands with their gentle presence.

Our next place of ministry was in the Horn of Africa. There, we led a multicultural outreach team, which included a Kenyan couple. They were the ones who tended to integrate the best with the local Muslim people, and they were among the few who returned to work in the Horn after our team finished. Their ministry bore fruit, even in that hard dry field. Now, some 10 years later, they continue in a dynamic ministry of outreach, training, and mobilisation on the Kenya coast, with a vision to see disciples made and churches planted throughout the Unreached People Groups (UPGs) of coastal Kenya and Tanzania. AIM still works with them, and our efforts are multiplied through this faithful family. 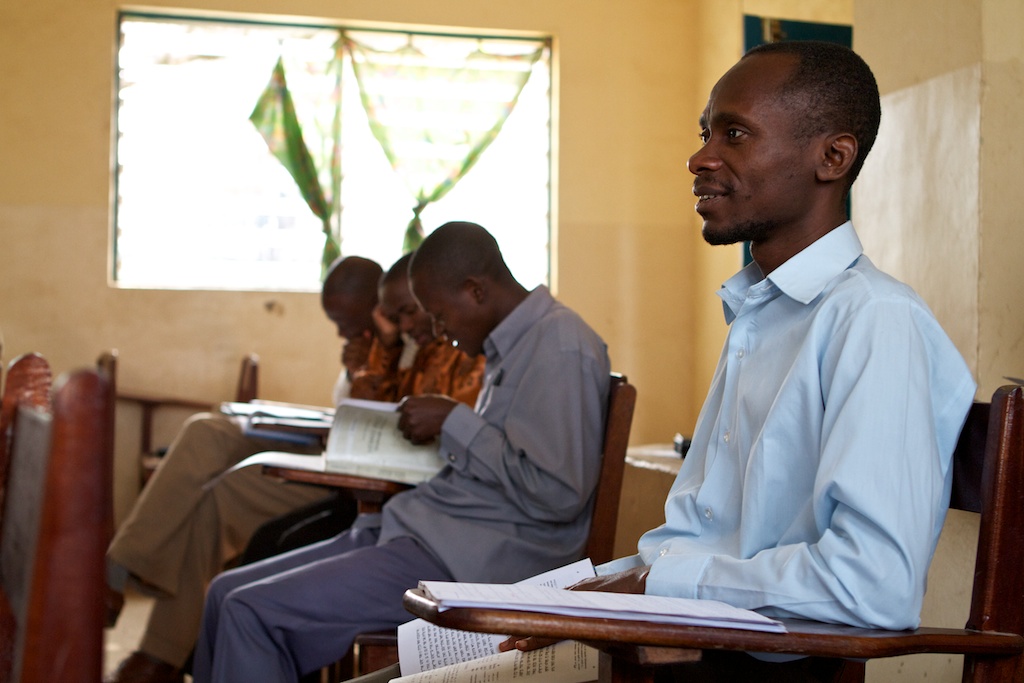 I have more stories, but you get the idea. Our call, both in the Islands and the Horn, was to local Muslim people – UPGs with little or no gospel witness. But in partnering with African Christians, be they locals, proximates (from culturally and geographically nearby people groups), or missionaries from nearby countries, our impact was enhanced, sustained, or multiplied. The Kingdom of God advanced, and continues to advance, through the ministry of these African brothers and sisters.

In AIM, our primary call has always been to the unreached. It is why “Inland” is part of our name: in 1895, the inlands of Africa were almost completely untouched with the gospel. In 2018, the term does not make much geographic sense, but it still defines our heart – bringing the good news of Jesus Christ to people and places of African where there is no gospel. As our vision statement declares: “With priority for the unreached, Christ-centred churches among all African peoples.” The question is, how is this best done in 2018?

…our vision statement declares: “With priority for the unreached, Christ-centred churches among all African peoples.” The question is, how is this best done in 2018?

In 1895, the church in our traditional mobilising countries (America, England, Canada. etc.) was strong, and the church in Africa, with a few exceptions, was almost non-existent. In 2018, the tables are turned: the church has declined in our traditional mobilising countries, and is booming in virtually all sub-Saharan African countries. Jesus Christ is building His church in Africa! And the Lord of the Harvest is calling more and more African labourers into His harvest fields, in Africa and beyond. How will the remaining African UPGs be reached with the gospel? Increasingly, by Africans.

This is not at all to say that the role of foreign missionaries is finished. There is plenty of work to go around, especially among Muslim people groups. And there is still much to be done to build the church in nations where the church is already well established, especially in terms of helping to train her leaders. The door is still open for missionaries from any nation who answer the Lord’s call. As my family and I learned serving in the Islands and the Horn, there is a wonderful strength and blessing in partnerships between foreigners and locals. But I will say it again: Kingdom work in Africa will increasingly be done by Africans. 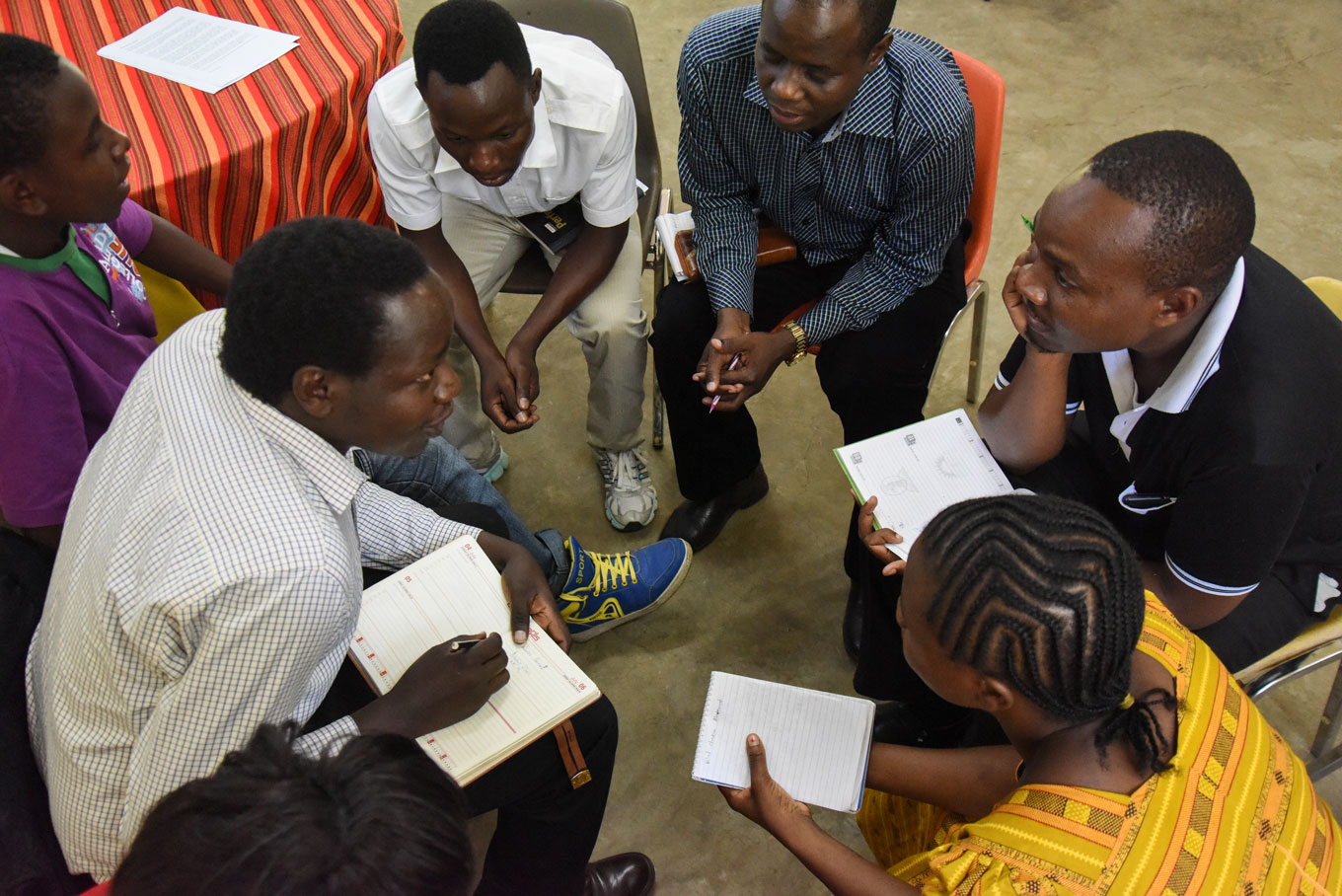 So what is AIM’s role in all of this? In a word, mobilise! As we go to the unreached, train church leaders, preach, teach, treat, farm, fly airplanes, we will also mobilise African workers. Some will have this as a full-time ministry. But everyone, whatever their primary ministry, can be looking for new ways to invite, equip, send, train, serve, encourage, to mobilise African workers to the task: Missionaries. Church planters. Harvest workers. Pastors, teachers, elders, evangelists. Whatever terms we use, let us raise up Africans!

As a mission, we have designated 2018 as the “Year of African Mobilisation.” AIM has always sought to equip and mobilise Africans for the Great Commission; this is not a new idea. We didn’t start in 2018 and we won’t end in 2018. But this year is to be a year of special emphasis. Here are some of the activities planned:

• A Theological Educator’s Forum to focus on mobilisation
• A Bishop’s Mission Summit where AIM leaders will join together with the leaders of our five main East African partner churches to discuss doing mission together
• Identifying AIM teams which are well-positioned to receive new African members and mobilising to them
• Looking to place more AIM missionaries into full-time mobilisation roles
• Looking into new outreach teams composed of AIM and African partners
• Prioritising prayer, communication, and fund-raising for mobilisation
• The International Council will consider ways to invite more Africans to join AIM 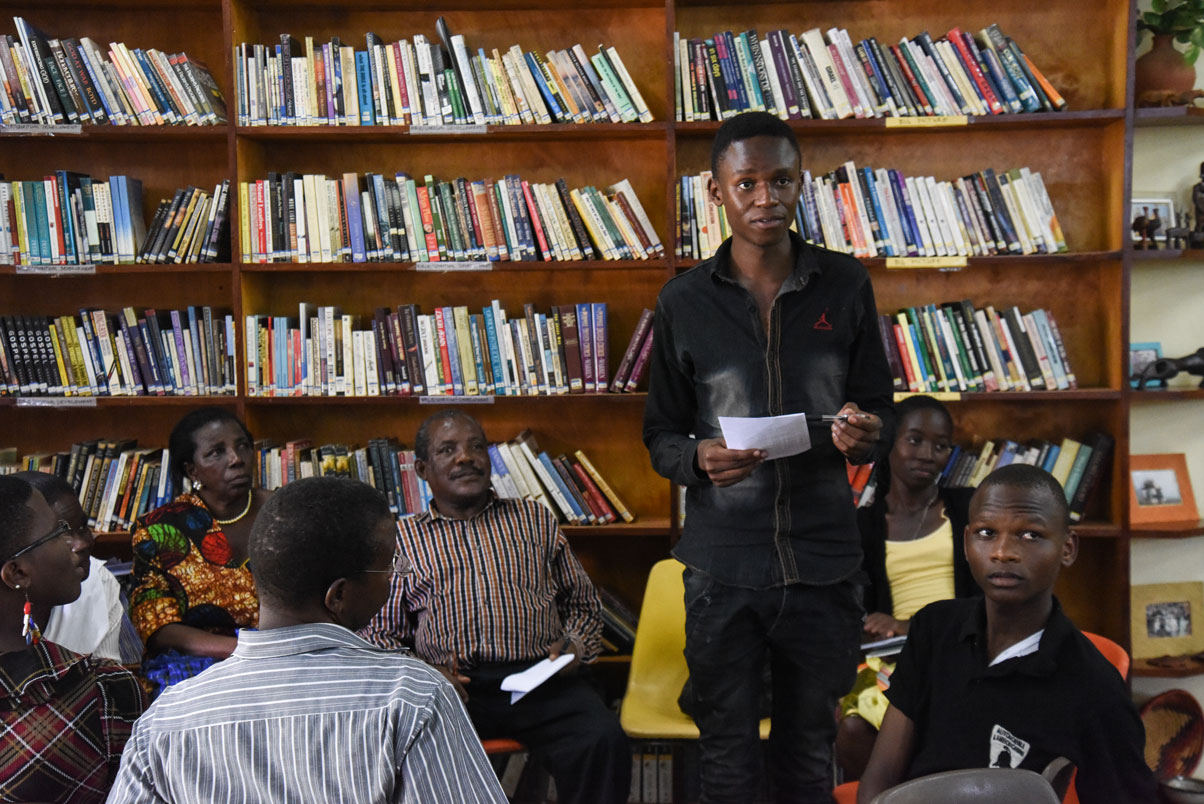 I believe that AIM is at a point of a major shift of focus. For most of our history we have been pioneers, doers, people who went into the forests of Congo or the urban deserts of North Africa to bring the gospel to the unreached. And this will certainly continue. But as we go, might we become, more and more, a mission that invites, equips, sends, trains, serves, or encourages African workers to do the same – whether together with our workers or as part of new initiatives and teams? Can our focus shift, from that of mostly doing to include that of mobilising?

In another Horn country, the last country my family served in before moving to the UK, we shared the gospel with local Muslims, and by God’s grace saw fruit in our labours. But we spent much more time in equipping the few local believers. We also had some wonderful partnerships with proximate Ethiopian Christians. After 3 years, the government kicked us out. But the locals are still there – persecuted, struggling, but still ministering. The Ethiopians we knew got kicked out too. But others are there, and more will come. And the Kingdom of God continues to advance.