18 months ago we featured the first team members to be accepted onto the Ik TIMO team in northeast Uganda: Stephen & Regina Embati, and their adult son, Peter, from northwest Uganda. In December Regina sadly died. John & Krys Cassels explain how she will be missed though they rejoice that she is now in the presence of Jesus.

After falling ill, Regina, along with Stephen and Peter, was evacuated from the Ik ridge on 6 December 2016, and taken to Kampala, where better medical treatment was available. A CT scan confirmed that she had experienced a bleed in her brain and suffered a stroke. On 12 December, in the presence of her husband, three of her children and some of her AIM friends, she had another larger intracranial bleed. The doctors advised she was unlikely to survive this event, but life support was given for some hours before Regina slipped from this world around 4:30pm and was ‘promoted to glory’. 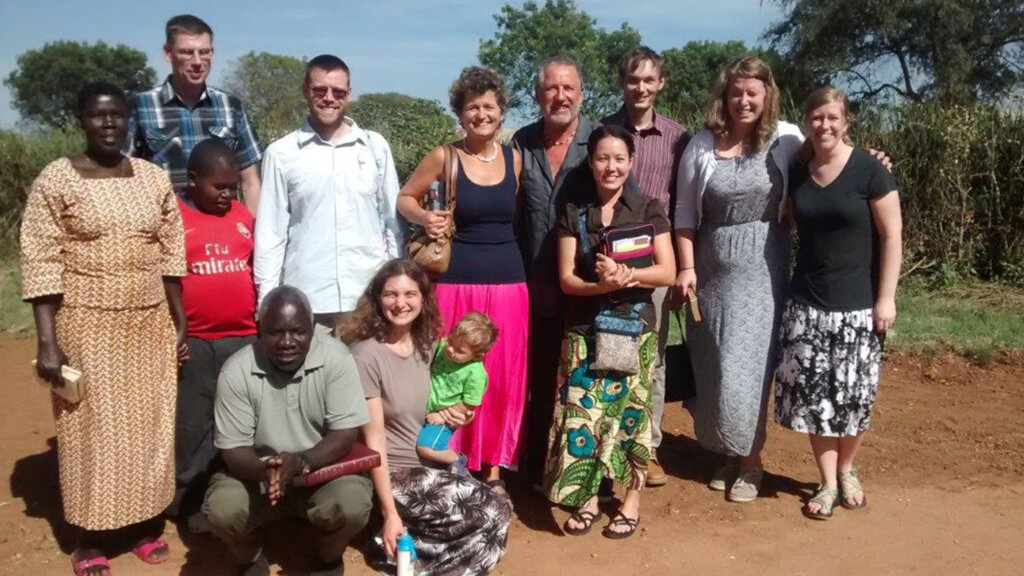 Peace in their hearts

The TIMO (Training in Ministry Outreach) team started in October 2016, living among the Ik on the Ik ridge in northern Uganda. The team is being led by Christoph & Heidi Rauch, from Germany. So far, the team has been warmly welcomed by the Ik. They are a small people group who believe strongly in peace. They live in a small area in between two larger people groups, the Karimojong and the Turkana, who are often in conflict with each other. They are quite isolated and marginalised within Uganda. There are currently four churches on the Ik ridge, but although many would say that they are Christians, the Ik people don’t know much about Christianity. They believe that their salvation depends on them doing good, rather than on Jesus’ death and resurrection. Pray that the team would continue to build meaningful relationships with the Ik, and they they would be able to explain to them the truth of the gospel.

The next day, Regina’s body was taken 500 kilometres north to Arua and returned to her people. She was accompanied on this last journey by her husband Stephen, her daughter Gloria, and sons Billie and Peter. We went with the family on this journey. Regina’s other sons, Phillip and Job, made the arrangements in Arua for two services and the burial.

Further with the gospel

Over 1000 people attended the burial service and Bishop Joel Obetia gave the address encouraging the congregation to build on Regina’s life and go further with the gospel. AIM Air pilot families Arua attended the funeral and offered sweet support to their friend Stephen. We brought condolences from a wide, international AIM family, and spoke on the “unless a seed falls to the ground…” The TIMO team, far away on the Ik ridge, who had tried but failed to charter an aircraft to bring them to Arua, were remembered for their loss and prayed for.

Regina was a faithful follower of Jesus and strong partner to Stephen, a loving mother, counsellor and advisor to her children. She was known in her community for her quiet joy, her trustworthiness, and her ability to meet others in need. Regina blessed her Ik team colleagues for a brief two months, but is remembered for her kindness and peace-making spirit.

While we grieve for ourselves, we rejoice for Regina who has gone ahead and is standing in the presence of Jesus. “Well done, good and faithful servant!”