Why bother: With support & pastoral care?

Mark Phippen shares about the importance of member care and his personal journey into counselling and mission.

My father was a missionary and I was born in India. But back in the UK as an adult I felt a clear leading to work as a counsellor in UK universities. Over many years I listened to calls from missionaries with interest – but I thought that God called evangelists, medics, teachers and others to mission, not counsellors! Twenty or thirty years ago most mission organisations thought this too. 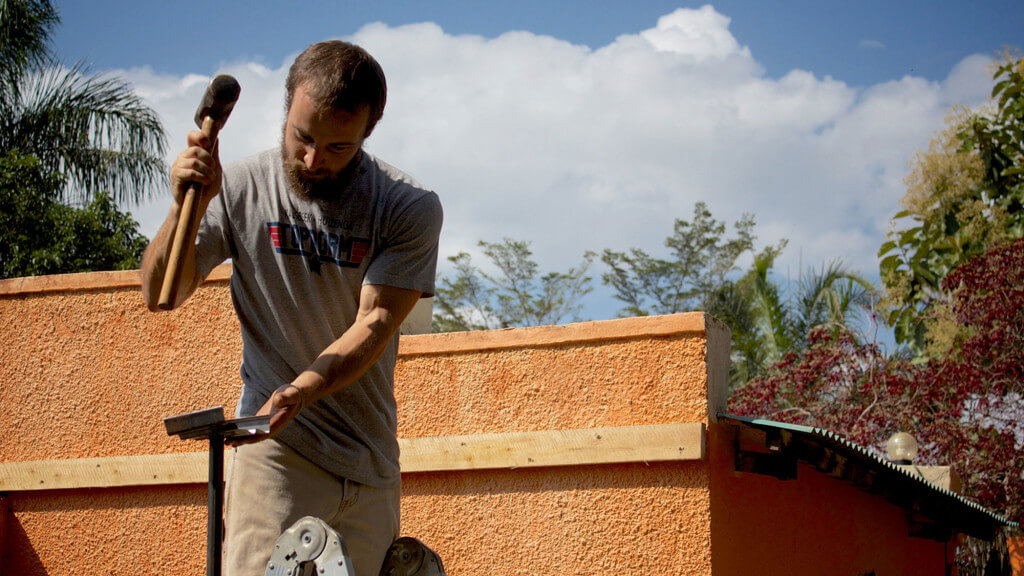 Additional staffing is the prime need at Tumaini. While the numbers of missionaries coming to Tumaini is increasing, the number of our clinical staff is currently reducing.

But sometimes the fruitfulness of a project comes down to very practical things – in this case, to bricks and mortar!
We need to build four two-bedroom apartments for staff on the compound, because rented housing in Nairobi is becoming unaffordable within a mission context. Moreover, the frequent traffic jams can add up to two hours at the start and end of the working day to travel just a few miles.

So we plan to build on land we already own at the Tumaini compound; the architectural plans are drawn, and we start with £30,000 committed towards the total £200,000 needed.

If you can help please contact Ben Edwards at AIM Europe on +44 (0)115 983 8132 or financeadmin.eu@aimint.org quoting ‘Tumaini Housing Project’ Thank you so much!

But in 2010 I heard about Tumaini, the Counselling Centre run by AIM. Tumaini means ‘hope’ in Swahili. It is based in Nairobi, Kenya, and supports missionaries belonging to AIM and many other Christian missions in Africa.

I felt challenged to rethink my direction. In 2011, my wife and I made a short-term visit to Tumaini, and I felt called to apply to serve long term. When I was accepted, I took early retirement from my post as Head of Counselling at Cambridge University, and we arrived in Nairobi in January 2014, joining the highly experienced team of counsellors, psychologists and psychiatrists to take up the role of Clinical Team Leader.

It is God who is extraordinary

What is the work of Tumaini? First, our clinical staff are themselves missionaries, members of AIM or other mission organisations. In supporting the work of reaching the unreached with the gospel, our task is not merely psychological, but spiritual.

In a cross-cultural setting, there’s great potential for isolation, heightened stress, and emotional overload. The overwhelming needs put us at risk for textbook “compassion fatigue”. And the environment – war-torn countries, high crime, bad roads, and other perils – opens a door to all kinds of possible trauma, both physical and emotional.

“We support the work of reaching the unreached with the gospel, our task is not merely psychological, but spiritual.”

But AIM cares for its missionaries. Tumaini was founded in 1991 and we are about to celebrate its 25th anniversary in January. Over these years the numbers of missionaries we see has steadily grown to 350 – 400 per year, including couples, families and missionary children. It has become a world-leader in this field, and is the only specialist member care centre of its kind on the African continent. In early 2016 we are opening a new counselling centre in Kampala, Uganda, to better support missionaries in central Africa.

Missionaries are just ordinary people – it is God who is extraordinary, not us! So, please join us in the work of member care by praying for Tumaini – including for additional staff in Nairobi and Kampala. Our work is not just a matter of clinical expertise, for “our struggle is not against flesh and blood, but against … spiritual forces of evil in the heavenly realms” Ephesians 6:12).

For more about the work of Tumaini Counselling Centre, visit their website at www.tumainicounselling.net