Carolina Lima heard about AIM South America for the first time at a youth conference. Here she shares more about her experiences:

I really wanted to serve in Kenya, but I don’t speak English, so Kenya was taken off the table. I found that quite hard. AIM then looked for opportunities in places where I could speak Portuguese. We tried to solidify an assignment in Mozambique, but just when things looked like they were coming together, something happened on the field which delayed my departure. This was very frustrating. We began considering assignments in Madagascar, Tanzania, and various other places, but there were several factors that made going to these locations not possible either. I began to realise that my plans were being put on hold to make room for God’s direction.He was not asking me to make plans, but desired my obedience because it is he who decides when and where things happen. 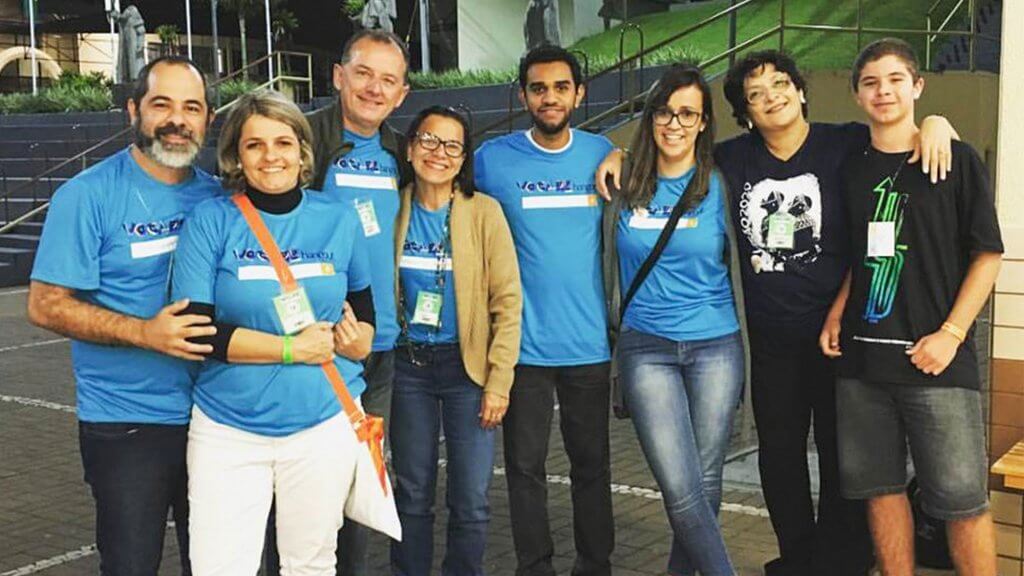 God is not limited!

South America has over 422 million people living in 15 countries. Our office is in Brazil, the largest and the only Portuguese speaking country, so our first great difficulty is language. Cross-cultural mission starts with our neighbours! We have one Argentinian on our staff who is responsible for mobilising among all the different South American cultures. There are many cultural differences, but a few issues remain the same – language problems, and a resistance to serving overseas. In Africa, there are a few Portuguese-speaking countries, but almost none that speak Spanish. Firstly, our candidates need to study English, and then learn the local language of the African country where they intend to serve. Pray for our candidates, that they may learn language quickly.

We also have to contend with the political-economic crisis in Brazil which has devalued our currency and affects all aspects of everyday life. But God is faithful. Our AIM South American family has ten missionaries working in the office, we have 31 long term and diaspora missionaries serving through us, and eight appointees. In 2015/2016 we sent 15 short termers to work among unreached people groups. We have partnerships across the continent and over 2,300 churches engaged with us. God is not limited!

It was after I realised this that an opportunity arose, and to my delight it was a placement serving alongside a Brazilian couple working in the Hurri Hills, in Kenya. They could understand me and translate for me. This was a dream come true!

Serving in Kenya was an amazing and unique experience. I was able to witness the struggles missionaries go through, but also the provision of God at all times. Living among the Gabbra people I also learned more about my own faith. To see the simplicity of the lives of the Gabbra and how they didn’t have much, yet were so capable of “moving mountains”.

On one occasion an elderly man asked us to pray for him. He was very ill, and couldn’t move from his bed due to the pain. All I could think was “Ok, we’ll pray, but where’s the medicine? This man needs medication, he needs a doctor, he needs water to hydrate, otherwise how can he heal?” None of these things were immediately available, so for the first time I prayed knowing that the only option was for Jesus to heal him. We prayed for this elderly man and left. The next day we were having a service in the village when suddenly the same man came to testify Jesus healed him. He could run without pain and was smiling. I learned that sometimes God needs to take our resources away to show us that the only resource that matters is him, the sufficiency of life is in him alone!

I would love to go back and live among the Gabbra people, but am willing to go wherever God sends me because this is his mission.