Steve and Sharon Entwistle have been in the Central African Republic since September 2015, preparing for a team to join them in their work among the Zande and Mbororo people. The team finally joined them last November, but since then, the country has seen a lot of instability. Steve gives us an update:

I’m typing this from a small, mission-owned airplane, where—together with my whole family—we are heading toward Kenya. The last few weeks in Zemio, CAR, have been pretty stress-filled. 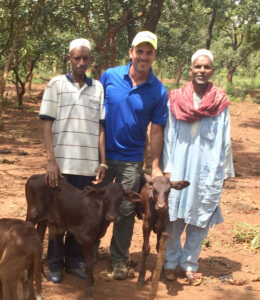 When our team headed back to Zemio at the end of February after attending a conference in Kenya, we were aware that the US and Ugandan armed forces who bring a sense of stability to our area would be pulling out on 26 April. As that date approached, the big question for our team was whether we could continue on in Zemio when security on the ground was a major concern. Armed rebels had been seen multiple times less than ten kilometres from Zemio. On one occasion, three men with machine guns were seen just down the hill from our house—less than a kilometre away. There were rumours that the rebel group, Seleka, planned to attack Zemio. By the time our international and regional directors came to visit our team at the beginning of April, our team members had already made the decision to withdraw permanently from Zemio by the end of the month. Sharon and I, with Ron and Donna Pontier, were still hoping for a miracle. Since our children are not on the ground most of the time, we felt we could perhaps remain on site.

With our directors, we delivered the sad news of our team’s withdrawal to the Zande church leadership in Zemio. It was one of the hardest meetings I’ve ever had to face. Our hearts felt sad, after spending so much time getting things ready for our team, to now be announcing their withdrawal. As you can imagine, it was harder for the church to hear this news. Many expressed deep disappointment, fear, and misunderstanding.

Our own plans were to come back and work in Zemio after taking some time out with the team at the end of April. That all changed on the night of 14 April. At around 8pm we received news that the Seleka Rebels were planning an attack on Zemio. By 9pm gunfire and heavy artillery (I’m not a military person, so don’t know how to describe it, but it was loud and big whatever it was) started sounding off down in the town, about four kilometres away. Our two team families, the Owens and the Willards (together with their children) were in the thick of it, with gunfire happening only 20-30 yards away from the Willard’s house. From where we were, at the end of town, all we could do was pray and talk to them on mobile phones. Usually the signal is turned off at night, but God miraculously allowed the mobile phone server to stay on, allowing communication. The fighting subsided at around 10pm, but another heavy round of fighting started again later that night. We began contacting our leadership in Uganda for evacuation plans. 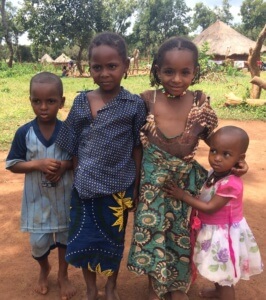 With the amazing help of our mission team, two AIM Air planes were organised and in the air by morning. We boarded the aeroplanes with grieving but grateful hearts. We left behind literally everything but our clothes. Hopefully we will be able to get back in after things have calmed down to sort through some essentials and properly close out our relationships and time in Zemio. But for now, we’re just focused on spending some better time with our kids, processing it all, and seeking peace and quiet.

Some of our biggest questions remain: Why did God allow us to be in Zemio for such a short, chaotic time? What will happen to the Zande church? What about the lost Mbororo souls? What will our team members do now? What will we do now? Some of these might be answered soon, some might wait until eternity.

But here are some bedrock truths we hold onto: God did lead us to Zemio. God is still King of Kings and Lord of Lords, even when evil seems to be so present. God will bring his kingdom to the Mbororo, somehow, sometime. They are his, not ours. The Zande Church will be carried under the loving arms of our Father, even through trial and persecution. God, being who he is, still deeply loves his children during this uncertain time.

Would you pray with us?

1. For the traumatised people left behind in Zemio who are facing continual danger.
2. For the Zande church to find strength in Jesus to rise up and shine brightly during these dark days.
3. For the Mbororo, many of whom were able to hear the gospel, that they would be saved.
4. For our teammates who need healing and comfort and are now looking for new assignments.
5. For our family, as we are processing a lot right now.

I am so so grateful, this Easter time, to be on the side of ultimate victory, where death and evil have no sting. 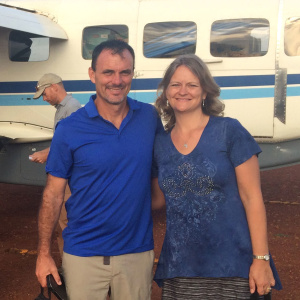