To help us as we think about short term mission in our current edition of our Connect magazine, and how we can ensure that the benefits are felt by all involved, we have an article from When Helping Hurts by Steve Corbett and Brian Fikkert, as well as a podcast where we discuss short term mission with current long term missionaries.

With the economic and social disparity between the ‘haves’ and the ‘have-nots’ on the rise, how do we respond to the biblical mandate to care for the poor? And how can we do this in ways that do not harm either the materially poor or the materially non-poor, and without exacerbating the very problems that we are trying to solve? When Helping Hurts helps us to understand what poverty is, and how we can begin to address it, avoiding common pitfalls.

One of the major premises of this book is that until we embrace our mutual brokenness, our work with low-income people is likely to do far more harm than good. Research from around the world has found that shame—a ‘poverty of being’—is a major part of the brokenness that low-income people experience in their relationship with themselves. Instead of seeing themselves as being created in the image of God, low-income people often feel they are inferior to others. This can paralyze the poor from taking initiative and from seizing opportunities to improve their situation, thereby locking them into material poverty.

At the same time, the economically rich—including most reading this —also suffer from a poverty of being. In particular, development practitioner Jayakumar Christian argues that the economically rich often have ‘god-complexes’, a subtle and unconscious sense of superiority in which they believe that they have achieved their wealth through their own efforts and that they have been anointed to decide what is best for low-income people, whom they view as inferior to themselves.1

“…Instead of seeing themselves as being created in the image of God, low-income people often feel they are inferior to others.”

Few of us are conscious of having a god-complex, which is part of the problem. We are often deceived by Satan and by our sinful natures. For example, consider this: why do you want to help the poor? Really think about it. What truly motivates you? Do you really love poor people and want to serve them? Or do you have other motives? I confess to you that part of what motivates me to help the poor is my felt need to accomplish something worthwhile with my life, to be a person of significance, to feel like I have pursued a noble cause… to be a bit like God. It makes me feel good to use my training in economics to ‘save’ poor people. And in the process, I sometimes unintentionally reduce poor people to objects that I use to fulfil my own need to accomplish something. It is a very ugly truth, and it pains me to admit it, but ‘when I want to do good, evil is right there with me’ (Rom. 7:21).

Hurting the poor, and ourselves

And now we have come to a very central point: one of the biggest problems in many poverty-alleviation efforts is that their design and implementation exacerbates the poverty of being of the economically rich—their god-complexes—and the poverty of being of the economically poor—their feelings of inferiority and shame. The way that we act toward the economically poor often communicates—albeit unintentionally— that we are superior and they are inferior. In the process we hurt the poor and ourselves. And here is the clincher: this dynamic is likely to be particularly strong whenever middle-to-upper-class, Western Christians try to help the poor, given these Christians’ tendency toward a Western, materialistic perspective of the nature of poverty.

This point can be illustrated with the story of Creekside Community Church2, a predominantly Caucasian congregation made up of young urban professionals in the downtown area of an American city. Being in the Christmas spirit, Creekside Community Church decided to reach out to the African-American residents of a nearby housing project, which was characterized by high rates of unemployment, domestic violence, drug and alcohol abuse, and teenage pregnancy. A number of the members of Creekside expressed some disdain for the project residents, and all of the members were fearful of venturing inside. But Pastor Johnson insisted that Jesus cared for the residents of this housing project and that Christmas was the perfect time to show his compassion. 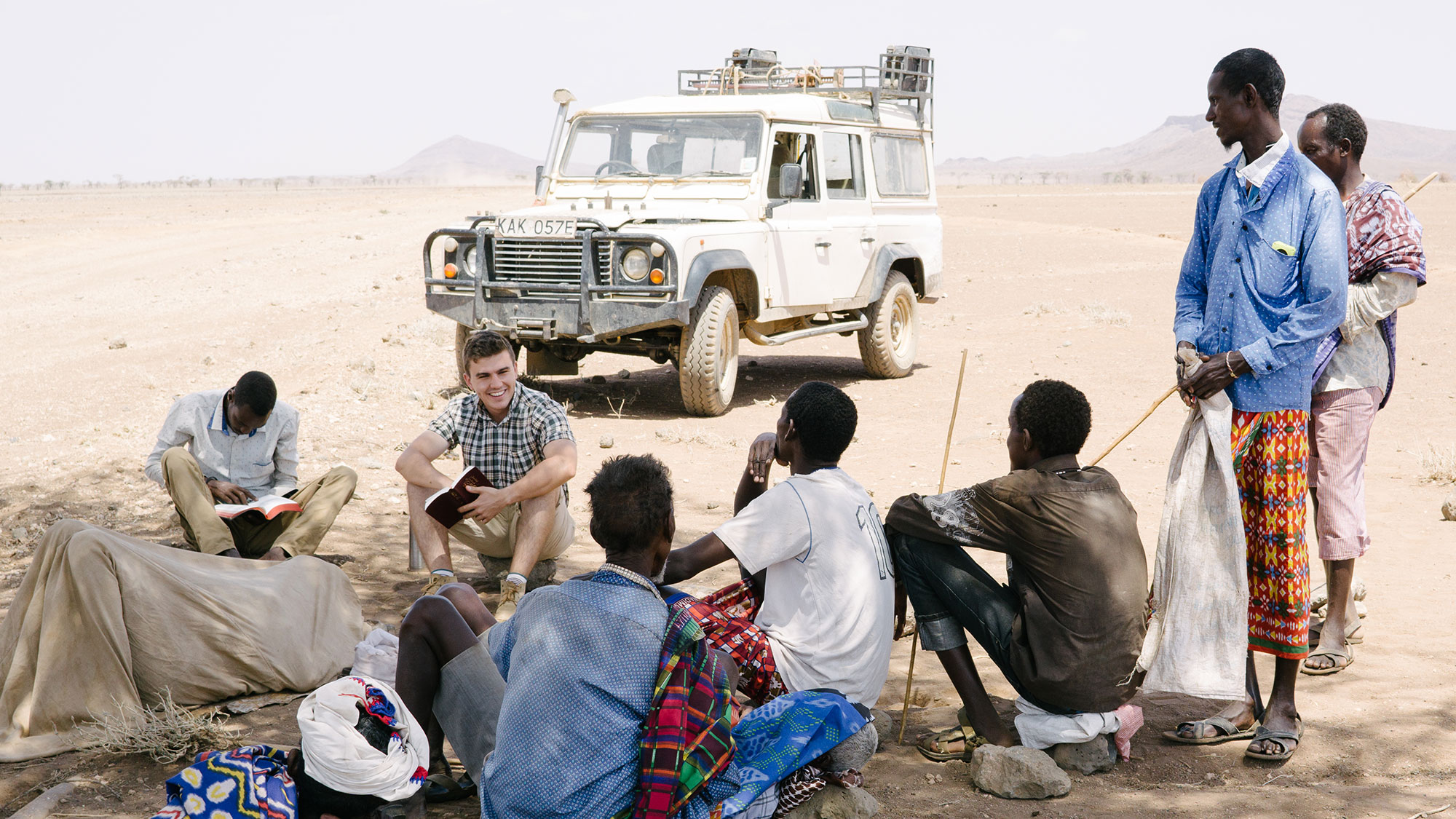 But what could they do to help? Believing that poverty is primarily a lack of material resources, the members of Creekside Community Church decided to address this poverty by buying Christmas presents for the children in the housing project. Church members went door to door, singing Christmas carols and delivering wrapped toys to the children in each apartment. Although it was awkward at first, the members of Creekside were moved by the big smiles on the children’s faces and were encouraged by the warm reception of the mothers. In fact, the congregation felt so good about the joy they had brought that they decided to expand this ministry, delivering baskets of candy at Easter and turkeys at Thanksgiving.

Unfortunately, after several years, Pastor Johnson noticed that he was struggling to find enough volunteers to deliver the gifts to the housing project. At the congregational meeting, he asked the members why their enthusiasm was waning, but it was difficult to get a clear answer. Finally, one member spoke up: “Pastor, we are tired of trying to help these people out. We have been bringing them things for several years now, but their situation never improves. They just sit there in the same situation year in and year out. Have you ever noticed that there are no men in the apartments when we deliver the toys? The residents are all unwed mothers who just keep having babies in order to collect bigger and bigger welfare checks. They don’t deserve our help.”

In reality, there was a different reason that there were few men in the apartments when the toys were delivered. Oftentimes, when the fathers of the children heard the Christmas carols outside their front doors and saw the presents for their kids through the peepholes, they were embarrassed and ran out the back doors of their apartments. For a host of reasons, low-income African-American males sometimes struggle to find and keep jobs. This often contributes to a deep sense of shame and inadequacy, both of which make it even more difficult to apply for jobs. The last thing these fathers needed was a group of middle-to-upper-class Caucasians providing Christmas presents for their children, presents that they themselves could not afford to buy. In trying to alleviate material poverty through the giving of these presents, Creekside Community Church increased these fathers’ poverty of being. Ironically, this likely made the fathers even less able to apply for a job, thereby exacerbating the very material poverty that Creekside was trying to solve!

In addition to hurting the residents of the housing project, the members of Creekside Community Church hurt themselves. At first the members developed a subtle sense of pride that they were helping the project residents through their acts of kindness. Later, when they observed the residents’ failure to improve their situations, the members’ disdain for them increased. What is often called ‘compassion fatigue’ then set in as the members became less willing to help the low-income residents. As a result, the poverty of being increased for the church members. Furthermore, the poverty of community increased for everyone involved, as the gulf between the church members and the housing project residents actually increased as a result of this project.

Our efforts to help the poor can hurt both them and ourselves. In fact, as this story illustrates, very often the Western church finds itself locked into the following equation:

How can we help?

What can be done to break out of this equation? Changing the first term in this equation requires a revised understanding of the nature of poverty. Western Christians need to overcome the materialism of Western culture and see poverty in more relational terms. Changing the second term in this equation requires ongoing repentance. It requires Western Christians to understand our brokenness and to embrace the message of the cross in deep and profound ways, saying to ourselves every day: “I am not okay; and you are not okay; but Jesus can fix us both.” And as we do this, God can use us to change the third term in this equation. By showing low-income people through our words, our actions, and most importantly our ears that they are people with unique gifts and abilities, we can be part of helping them to recover their sense of dignity, even as we recover from our sense of pride.

1. Jayakumar Christian, Powerlessness of the Poor.
2. This is not a real church, but is based on one or more true events.

Taken from When Helping Hurts by Steve Corbett & Brian Fikkert (copyright 2009), published by Moody Publishers. All rights reserved, used by permission. For more details, or to purchase the book please click the link below: 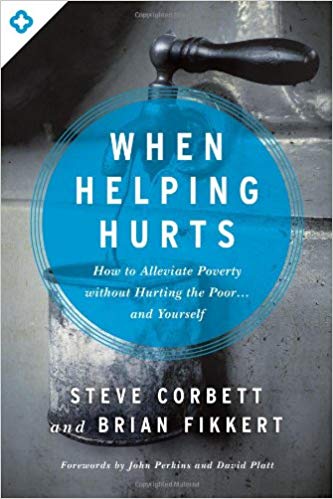 With the economic and social disparity between the ‘haves’ and the ‘have-nots’ on the rise, how do we respond to the biblical mandate to care for the poor? And how can we do this in ways that do not harm either the materially poor or the materially non-poor, and without exacerbating the very problems that we are trying to solve? When Helping Hurts helps us to understand what poverty is, and how we can begin to address it, avoiding common pitfalls. 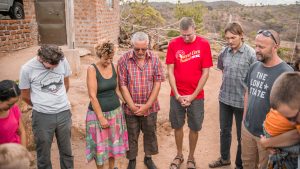 Why go with a mission agency?

Working with an agency ensures that there will be people who will continue the work you invested your time and energy into. Your service will amplify the effects of the ongoing work in a location. 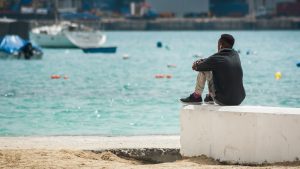 The Lord has many people in Malta too. And in your city. We just need to find them. And the best way to do that is just to talk to them. 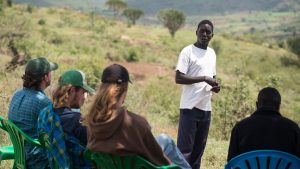 Sharing the vision for mission