The Fulani are traditionally Muslim, but they are also deeply involved in animism. Because of this, they carry the heavy weight of a complicated tradition of sacrifices and rituals which keeps them under terrible fear.

The TIMO team members living among the Fulani are based in two villages, about an hour’s walk from each other. Daily life for the Fulani is challenging due to the heat, the fact there is no running water or electricity, and the long walk to get anywhere. The Fulani are traditionally herders, but have become farmers due to the pressure of reduced grazing lands. They are very poor, in part because of overpopulation.  As a result, their diet consists almost entirely of millet, which they grow in the four-month wet season. They love millet, but are sorry that they no longer have enough cattle to be able to drink their favourite millet drink with milk. 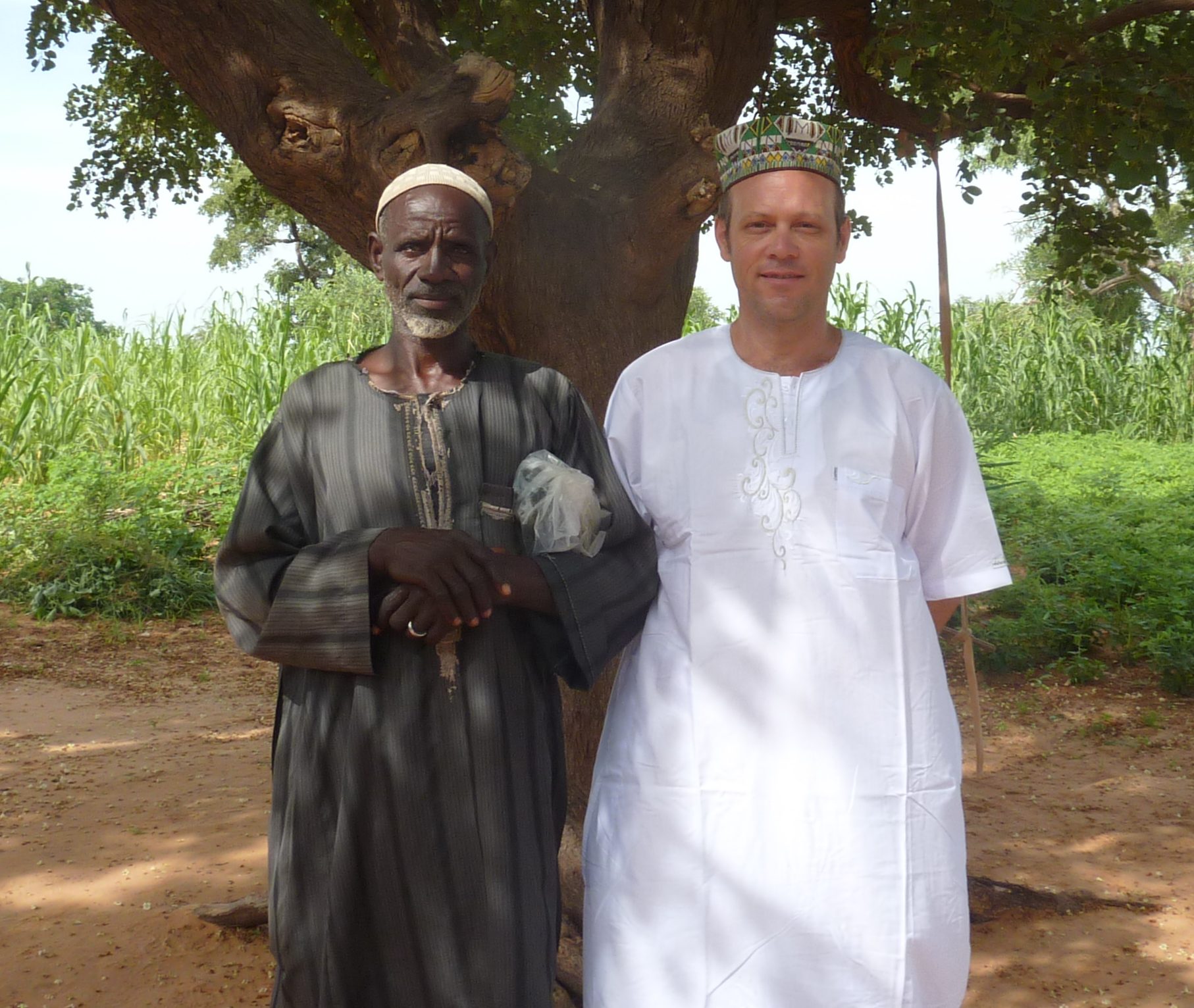 The team has been very encouraged by the interest that many have shown in hearing the gospel, despite the efforts of some of the traditional leaders to discredit them and their message. One day while we were there, Saani brought his son on his motorbike. Angèle told us that this was a marabout (spiritual leader) of the nearby village. Apparently the Muslim teachers had been warning people not to go to the missionaries, not to listen to them. Nevertheless, when Saani’s son had got a very bad ringworm infection on his skull, he decided to take him to the team to ask for medical help. He had been coming to visit almost every day for a month and allowed the girls to pray for his son each time. The infection was healing well!

The team members have settled into this simple lifestyle and have learned to adapt their diet and activities, following the example of their neighbours and friends. They are seeking to bless those around them through agricultural projects, healthcare, advice for mothers, and their greatest hope: sharing the gospel. We were impressed with the cultural integration of the team, the deep and significant relationships that they have built with their neighbours after only a year, the way they could communicate in Fulfulde, and the way they take part in Fulani daily life, receiving many visitors each day.

Some of the Fulani had been seeking the truth even before the team arrived. When they heard the message of the God of the Bible it touched their heart, and they knew they had found what they had been seeking. Six of them have given their lives to Jesus and were baptised at the end of August. What a glorious day for the team to be part of, giving them strength to endure more challenging days ahead. Heaven rejoice! Eternal transformation is real, and God is powerful to save. It was a joy for us to hold these new brothers and sisters in our arms, and to be inspired by their courage and boldness facing the repercussions in their communities.

“Eternal transformation is real, and God is powerful to save”

The team has recordings of the New Testament and other Bible stories and teaching, and many Fulani ladies have asked to hear them. The challenge is that the team needs the husbands to allow the wives to do so, otherwise they might be beaten. We’re really praying for whole families to come to faith as it would have a great impact in the community. The chief of the village, one of the first to accept Jesus, is hoping that his two wives will come to faith. He’s eager to have a real Christian family, even though his oldest son is the Imam of the village!

God is really doing amazing things in that land; the battle is hard but we have victory in him if we rest on him and obey him.