Sharing the gospel with the Digo

Chris & Candy Wood currently serve on a team among the Digo on the southern coastal strip of Kenya between Mombasa and the border of Tanzania. We asked them about the challenges the Digo face in accepting the gospel for themselves.

Traditionally, as well as farming and fishing, the Digo have been involved in trade along the coast with Muslim Arabs. It’s through these interactions over 200 years ago that the Digo were converted to Islam. Islam is widely accepted among the whole people group and it is mixed with traditional and occult practices. 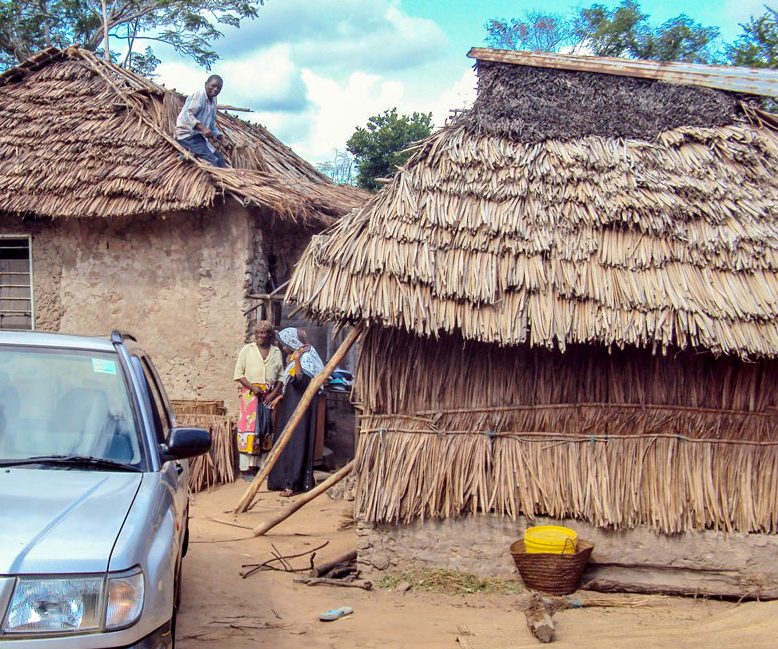 Silmani is married with two daughters. He had been trying to adhere to Islam, but didn’t really understand it. If you asked him, “Who made heaven and the earth?” He would answer “Allah,” but as Silmani couldn’t read and write, he hadn’t found out more. It was also very difficult for him to find a job, and so Silmani and his family have been living in poverty. They have been living with no electricity, barely enough food and a falling down house. During the rainy season the family had to sleep under a leaking roof, dealing with getting cold and clothes getting wet during the night.

Seeing people in these conditions, it’s hard not to help, but we didn’t want to just give a hand out. Instead, we went out together with Silmani to pick up rubbish, working hard to clean up the area around our house and then the village in general. Genuine work, so that we could then pay Silmani. It also meant that we could talk to him about our faith, and naturally the opportunity came up to talk about the Bible. What better way to offer to teach Silmani to read Swahili than through studying the Bible together? One month later, with some basic reading and writing skills, Silmani got a job and has managed to make some repairs to his house. But he has kept coming to our house to read the Bible, to pray and to learn Swahili. Recently he accepted Jesus Christ as his saviour and now we meet regularly with him and his family, worshipping and sharing God’s word together.

Perhaps because of the way they have blended traditional African religion with Islam, many Digo when first hearing the gospel seek to blend Christianity and Islam, or simply think that we believe the same things, because we both believe in God. But there is a word in the Digo language, kuluphira, which means to place your trust in, or depend on another person to the extent of emptying yourself completely. Despite having this word, understanding this concept is often outside a Digo person’s experience. Instead, they follow the five pillars of Islam along with the teachings in the Hadith to guide them in right living. Once, when working with our Muslim language teacher, we read John 3:16, which in the Digo language uses the word kuluphira. Our teacher was caught off guard. He said he wouldn’t have used that word, but instead he would have chosen a ‘weaker’ word. Through our ministry we’re seeking to show that the only way to God is through Jesus, and that there is power in trusting in his name. There is no need to choose a ‘weaker’ option.

In putting their trust in Jesus, the Digo also have to overcome their fears of being disowned by their community. Relationships are extremely important. They rely on one another, and are willing to put themselves out for each other. For example, if someone is saving money to build a house and someone within their realm of influence has a problem and asks them for money, culturally they are obliged to help. Equally, if they have a problem, they too can ask family and friends for whatever they need. Choosing to become a follower of Jesus risks breaking those bonds. And that wouldn’t just bring sadness and loss, it would mean the complete removal of their safety net. Any medical problem, any issues with their children, any problems with their crops or animals, there would simply be no one to help them. They will be living out kuluphira, leaning only on Jesus.

Through our ministry we’re seeking to show that the only way to God is through Jesus, and that there is power in trusting in his name. 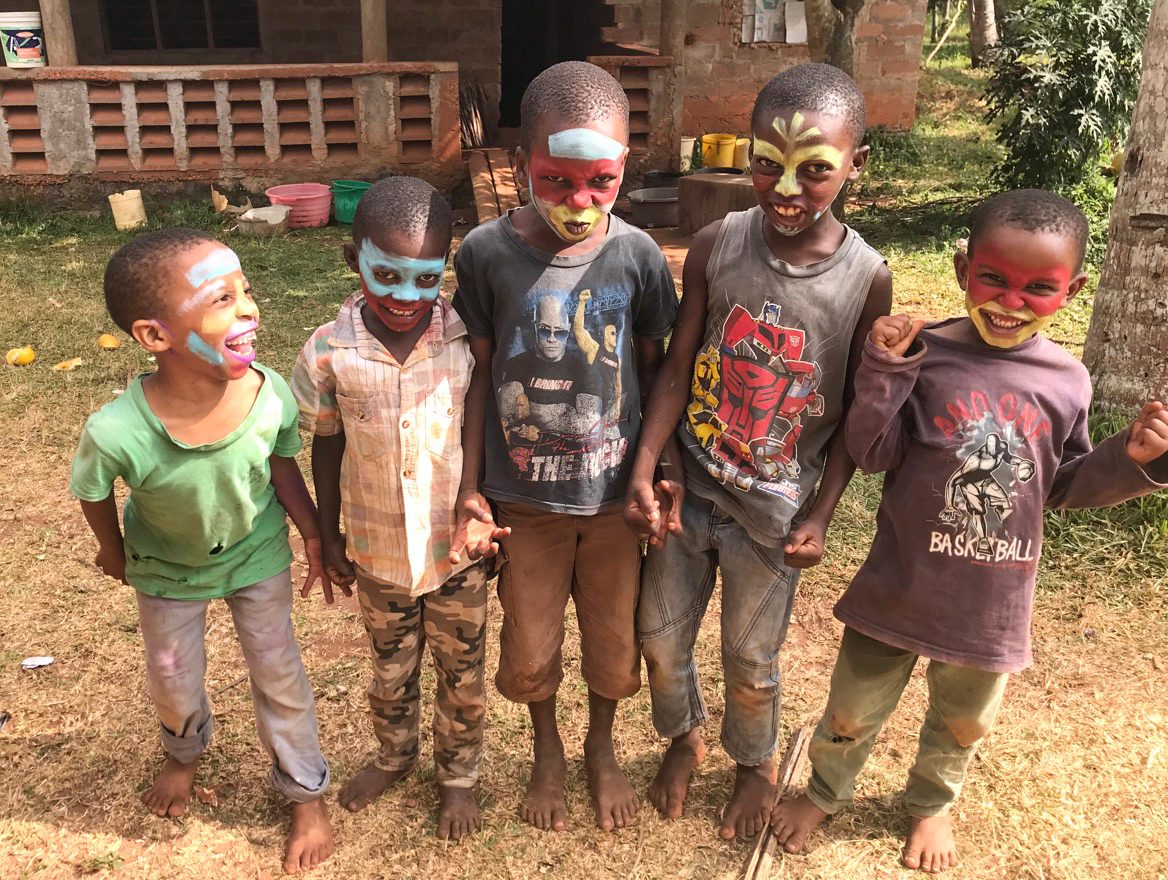 Digo children are very inventive in their play. These children have experimented with face paints! 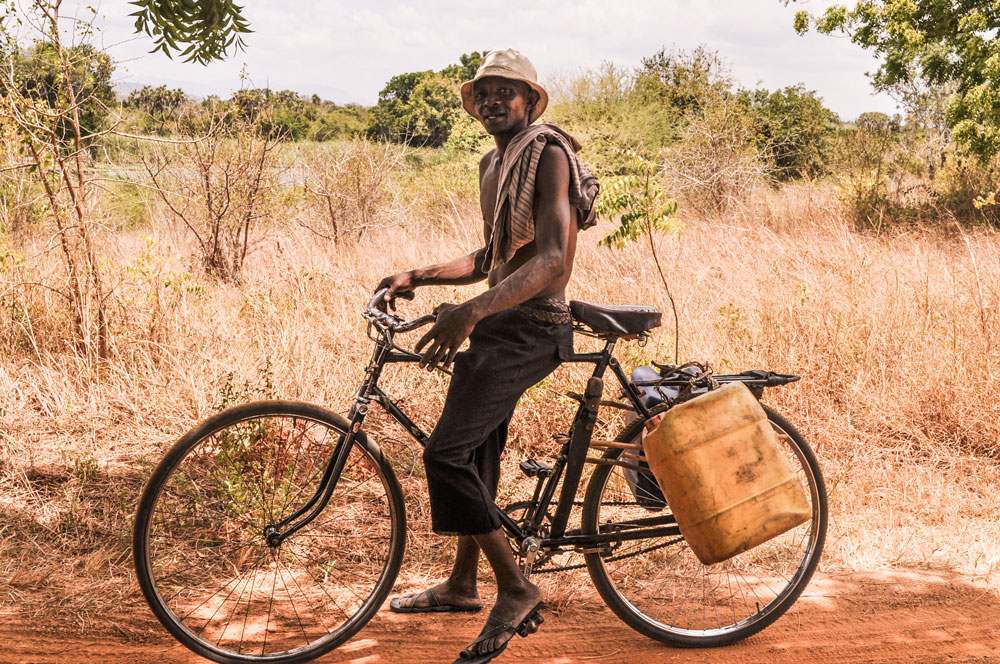 Water comes from bore holes that have been drilled into the ground and then tapped. People pay to fill up five litre plastic containers with water. 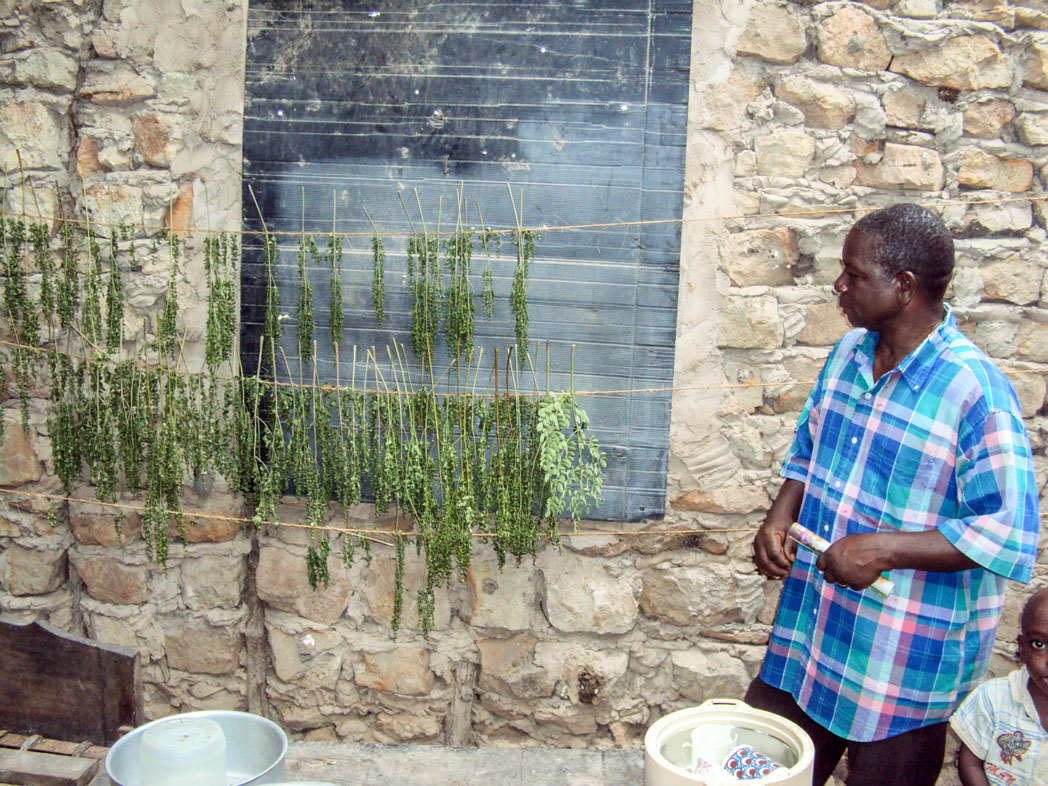 This man is drying Neem leaves, which are medicinal. The leaves are are used to treat a whole range of illnesses including leprosy, eye disorders, worms and stomach upsets.