Diaspora – From every corner

As part of AIM’s Vision 2020 we have committed to build 40 teams to reach unreached African diaspora groups. We’ve set up a specific diaspora region to facilitate this integral part of our international strategy. But what does diaspora mean and why do we continue to view this work as important?

The word ‘diaspora’ means the dispersion, or spread, of any people from their original homeland. In our context, we use it to mean ethnic Africans living across the globe who retain close ties to their African culture and homeland.

people migrated to Britain between March 2014-2015, including…

people made asylum applications between June 2014-2015

The largest number of asylum applicants came from…

In 2015 more than one million migrants and refugees crossed into Europe. Many are fleeing the war in Syria, or escaping the aftermath of the wars in Afghanistan and Iraq, but there has also been a steep increase in the amount of migrants from Africa. Some are moving for economic reasons, some are escaping political oppression, and others are seeking to avoid religious persecution. Whilst illegal migration makes up a large proportion of those migrants entering Europe, Africans are also here as students or as international employees, responding to the demand that Europe has for both skilled and unskilled labour. Ultimately, thousands of Africans are journeying every month, in search of work and a better life.

In the 2011 UK census the Black African population of Britain was recorded as just under one million people, 70% of them live in London with the rest living in the UK’s other large cities. That means, for many of us reading this article, there are Africans living in our own communities.

In our Vision 2020, you will have read that our commitment to God’s original call on AIM is to go to the ‘Inlands’; Africa’s unreached; those who have yet to hear of the saving gospel of Christ. Many of those people groups remain unreached because they are difficult to access; because of their geographical location or increasingly, because adherence to Islam means that traditional mission work is not possible in their countries. But now, people in those locations are coming to us.

The uprisings and unrest following the Arab Spring led to many north Africans leaving their home countries. Sub-Saharan Africans, who had previously migrated to Libya, followed in 2011 and 2012, fleeing unrest in the post-Gaddafi era. Over the summer of 2015, Eritreans fleeing forced labour made up the third largest group of migrants entering Europe. These migrations and many others provide a way to share the gospel with people groups who would not normally have the opportunity to hear it, people groups we would not normally have the opportunity to work among.

Building on our previous experience, we are now planning new work in the UK and in Europe, serving in teams and working with people from local communities and missionaries called by God to minister to African diaspora. Could you be part of this initiative, to reach the African unreached? We’re looking for churches who could work with us to support a team of missionaries, or people who would consider this kind of ministry alongside their day jobs. To find out more, contact Andrew Chard at director.eu@aimint.org or 0115 983 8120. 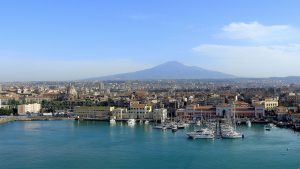 In July 2019, Luke & Jenny Herrin, AIM’s International Director and his wife, went on an AIM summer team in Catania, Sicily. 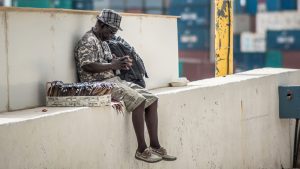 What’s it like to be part of a short term team? We asked two short termers about their experience of serving on a summer team seeking to share the gospel with Africans living in Malta. 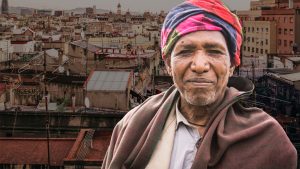 Peter, our UK Diaspora Unit Leader, shares his experience from joining one of our short term diaspora teams.