Home > Blog > Articles & Stories > The kingdom of God in our midst 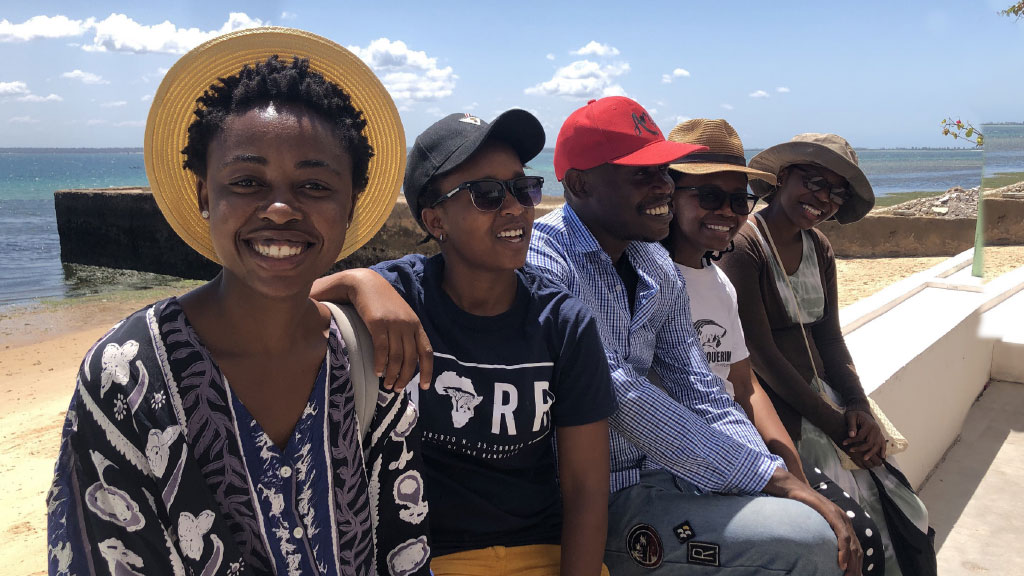 John and Shan Barry moved to Lesotho as missionaries in 2004. Subsequently they were based in Johannesburg, overseeing the Southern Region office. Now, John is Africa Ministries Director for our International Office.

Before arriving to work in Lesotho, my family and I had been working in Mozambique. Mozambique was grappling with the impact of HIV and artists captured this struggle in murals in Nampula. The mural in the picture (see right) shows HIV/Aids as a dragon attacking the globe. 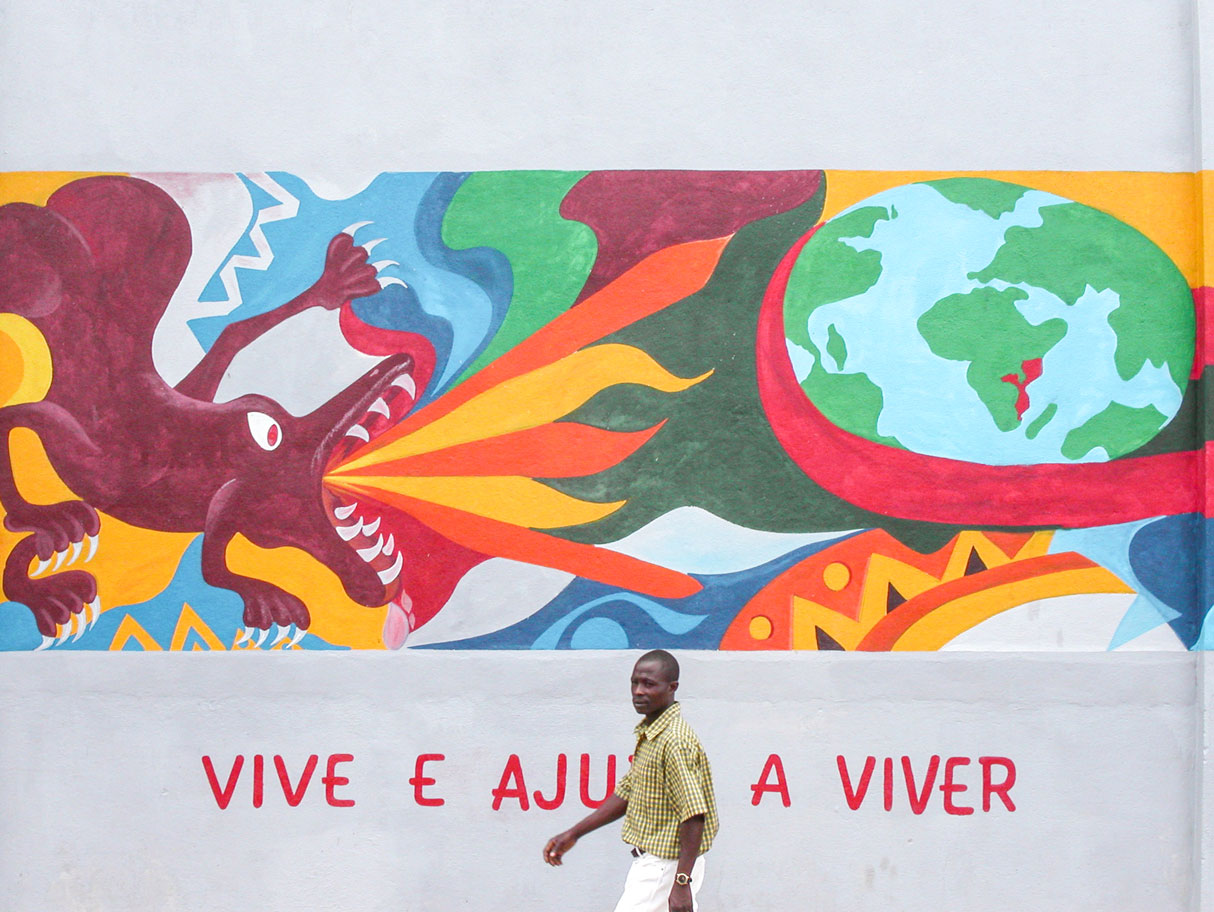 Lesotho actually had a much greater challenge and a much higher HIV prevalence at the time, and I expected a sense of fear, confusion and stigma. What I found, soon after my arrival to work with Scripture Union (SU), was SU Basotho colleagues wearing “HIV Positive” t-shirts. They were not declaring their HIV status, rather, they were declaring that it was possible to be proactive about HIV. The back of each t-shirt read: “In Christ there is no difference between positive and negative.” If I think back, this courage from Basotho believers was one sign that the kingdom of God was in our midst.

A second sign comes from Mokhotlong – a fairly large town in the mountains of Lesotho. Ntate Ntsimane is a remarkable pastor who has been an AIM partner for many years. He started a fruitful church in Mokhotlong in the 1990s when there was much opposition. After several years, others, seeing the growth of this church, bought plots of land on either side to start their own churches. It seemed that two pastors had plans to compete with the existing church. How might a pastor and congregation respond to that? Ntate Ntsimane shared the news, explained that what matters is not a denomination but the kingdom of God. He then led the church in raising funds to lay the foundations of the two competing church buildings. I think that is another sign of the coming of the kingdom of God in our midst. 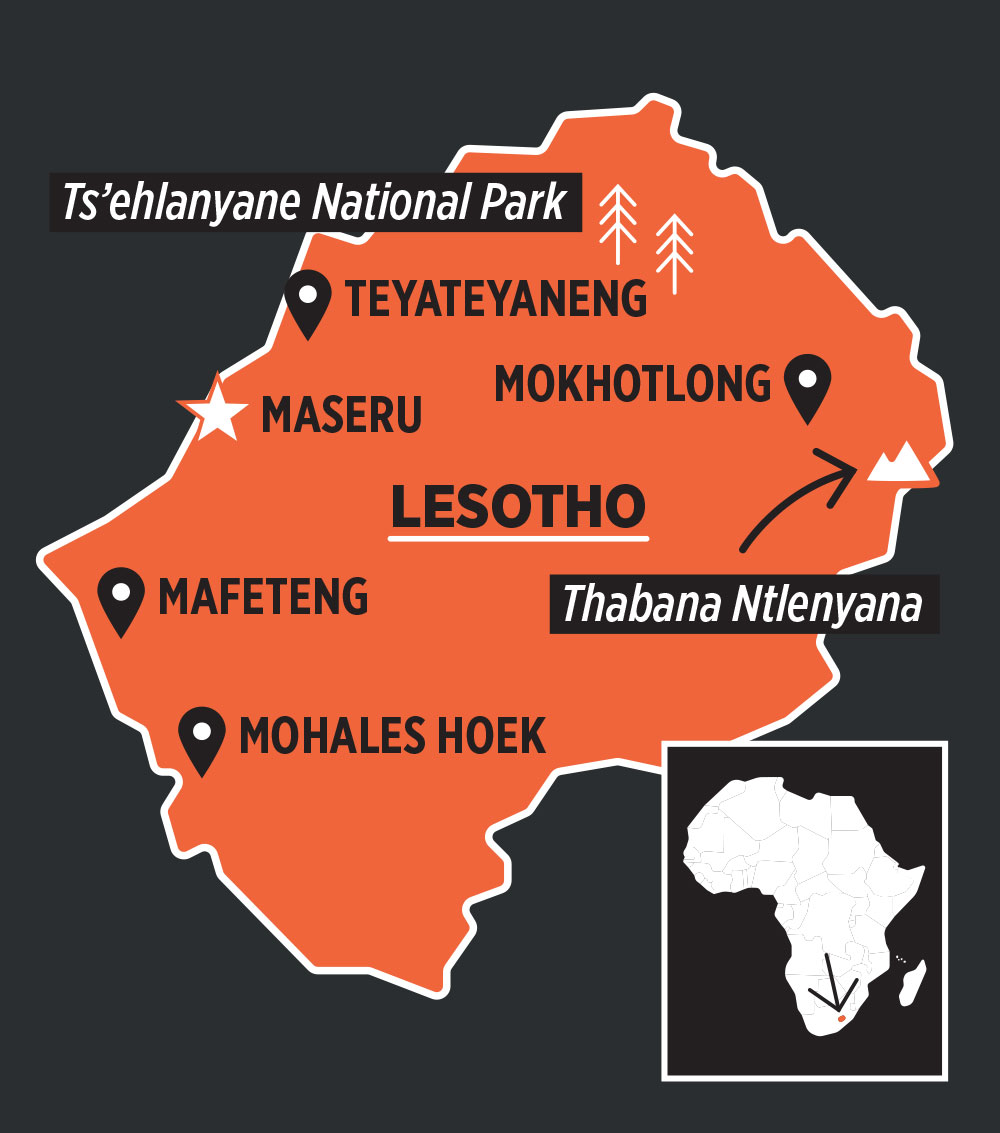 In 2004 I welcomed a team of UK short term workers to Lesotho to help train and mentor school Bible study group leaders. Fairly new to Lesotho, I was surprised to have the national TV arrive unannounced for an interview for the evening news. I expected some gentle gratitude. Instead, the reporter’s first question was: “The first missionaries arrived in Lesotho almost two hundred years ago. Why aren’t Basotho missionaries going to other places that don’t have the gospel?” I admitted it was an oddity.

However, this apparent ‘oddity’ is changing. Last year Basotho workers joined the Harvest Team to Mozambique (see photo above), run by the Growing Nations project in Lesotho. God is at work in the lives of the Basotho, another sign of God’s kingdom coming that we rejoice in.

Written by John and Shan Barry