Not having access to a Bible they can understand is one of the significant barriers for the Alagwa to knowing Jesus. This has inspired two projects.

I have hidden your word in my heart that I might not sin against you.

In the first project, we developed 29 chronological Bible stories, crafted to be accurate but also understandable within Alagwa culture. These are allowing Alagwa to access God’s word for the first time and it is exciting to see people respond. Although we are using these stories for evangelism and discipleship, we wanted people to have access to more of God’s word. The opportunity came to consider a fairly new idea: Oral Bible translation. Our project is only the third of its kind worldwide.

Using specially developed computer software, Oral Bible translation empowers people who are illiterate as well as those who are literate, to translate. In communities like ours, this allows a much wider range of people to be involved. It follows the stages of a written translation: drafting, reviewing, revising, community checking and consultant reviewing and then further revising. The translation is recorded and re-recorded as the process goes along.

Engaging with the gospel

We are working with Alagwa translators on a translation of Luke which we hope will be ready by the end of 2018. Even now, there have been many exciting outcomes of this project. Local government leaders from the Alagwa villages have met with us and given their approval to the project. They are happy that Alagwaisa is being respected and preserved. These leaders suggested people from their villages to work with us. As we also sought cooperation from church leaders, we have seen different responses. Some asked, “Why do the Alagwa need Bibles? They are Muslims.” But we have seen excitement and unity among a number of pastors. We meet with them periodically to pray for the translation. We have seen Muslim translators study God’s word for days at a time and Christian translators understand God’s word more, some engaging with it in their mother tongue for the first time.

God’s word is powerful and has already impacted lives here. We are praying for good soil in many more hearts to receive his word gladly and bear fruit. 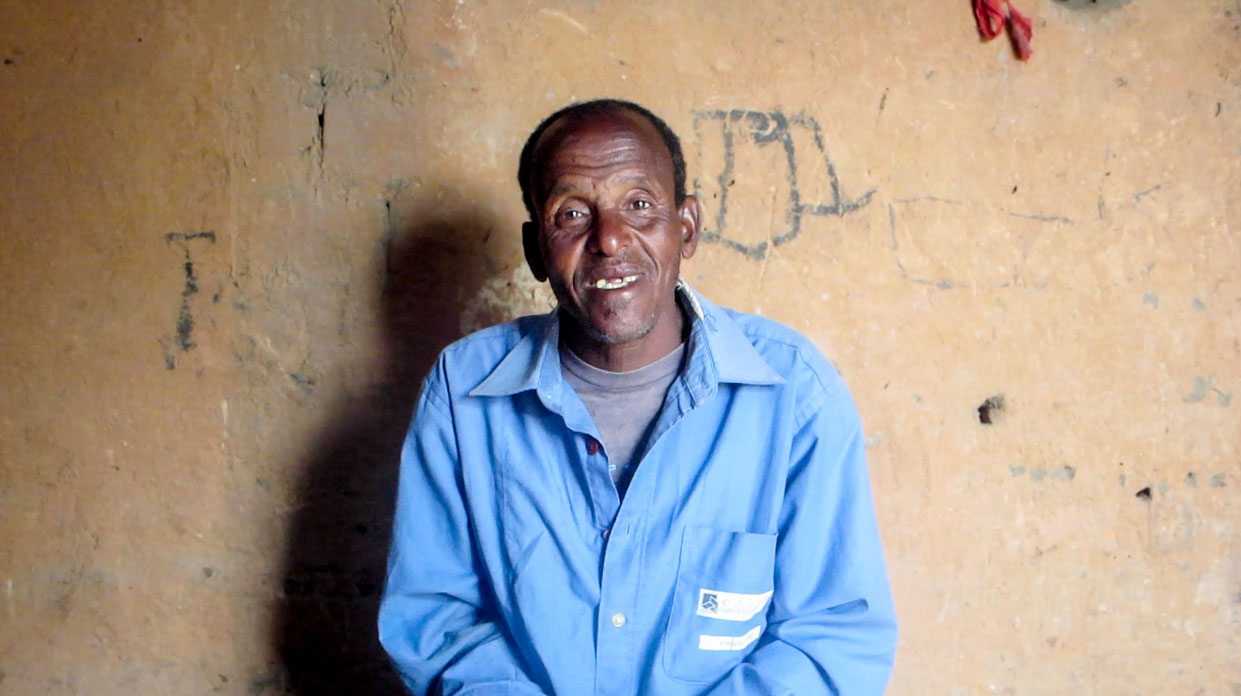 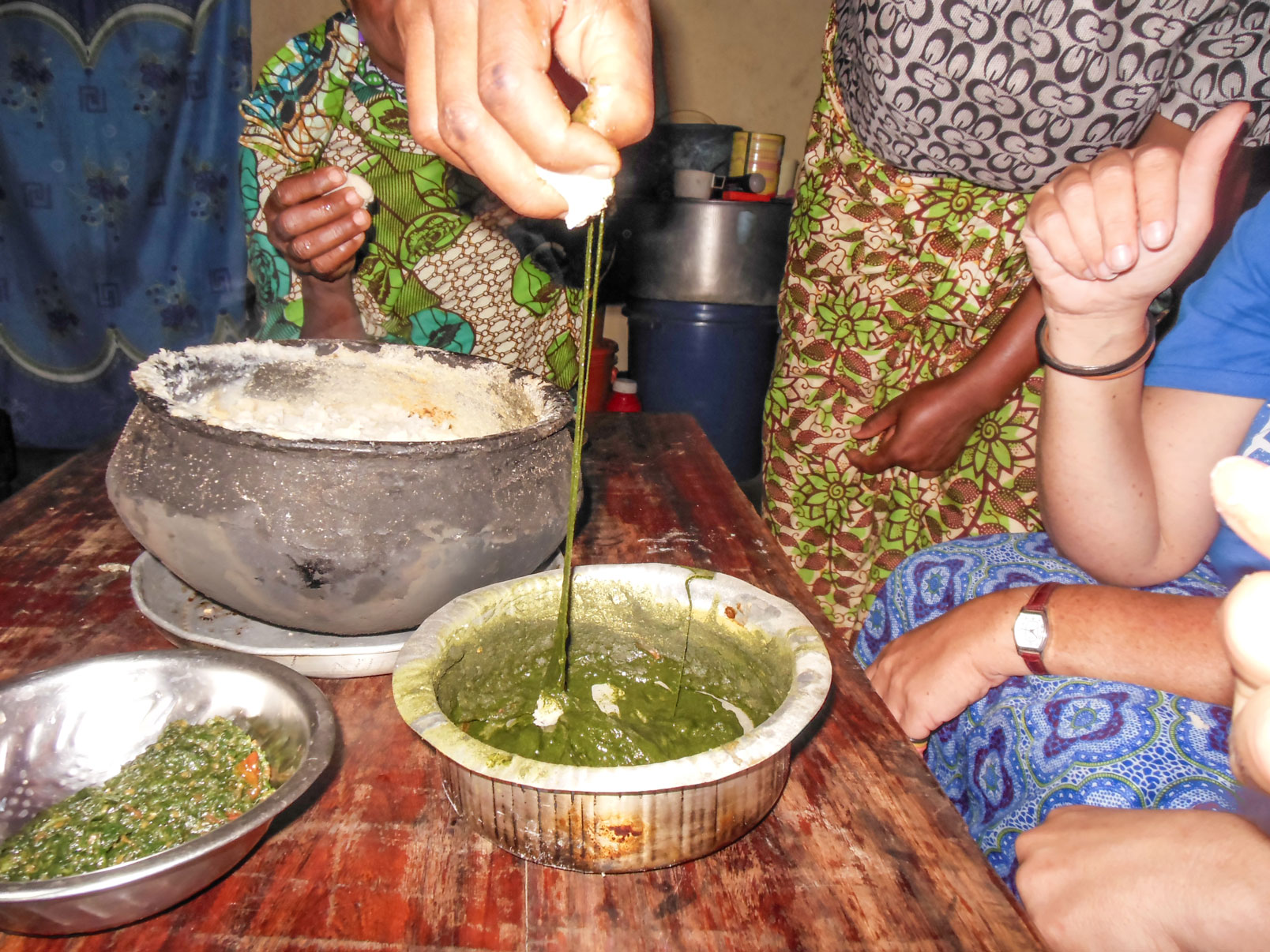 Bolisa is a side dish made from the ground, dried leaves of a number of plants including wild sesame. The powdered leaf when mixed with water and cooked becomes very gloopy. 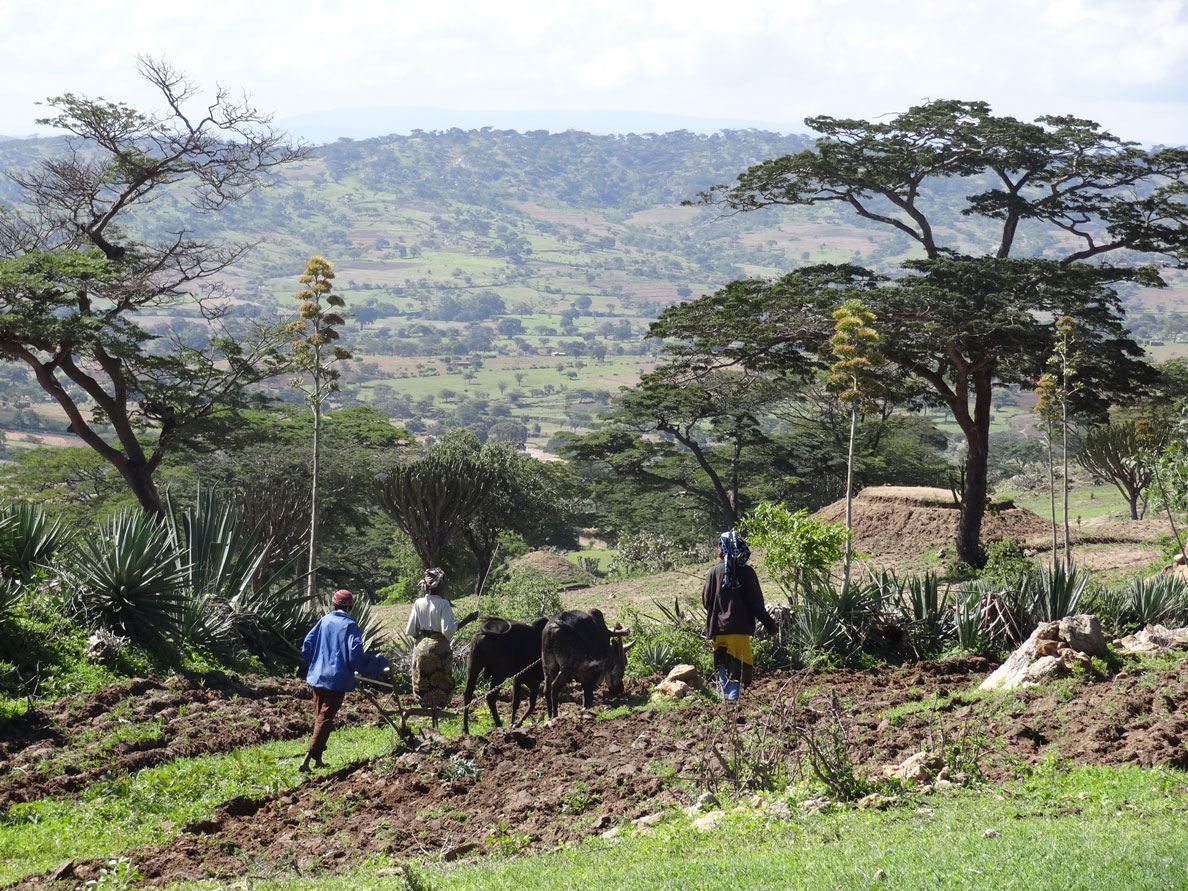 The staple food for the Alagwa is called fa/a, and is traditionally made of finger millet. This is hardy when the rains are not good, and it can be stored for years without going bad. 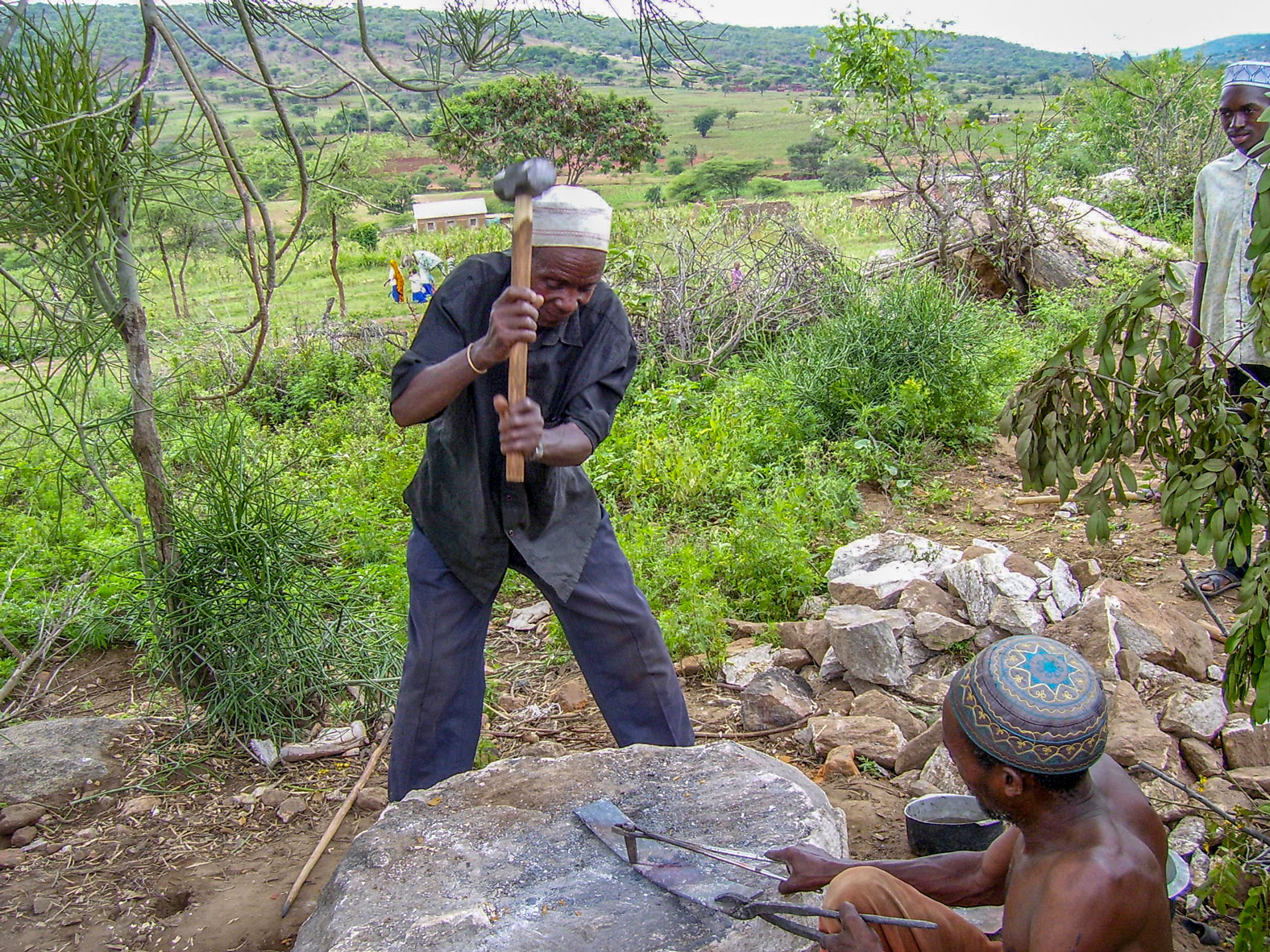 Creating and maintaining your own tools is a vital skill. Here older men are working together on the hillside to improve their equipment whilst younger men watch to pick up their knowledge.

Baba Rafi has been an Alagwa believer for a number of years. We have had the joy of seeing God work miracles in and through his life.

Before he became a Christian, Baba Rafi was really suffering physically. Among other things, he had a lot of sores round his mouth, and he had issues with his teeth. He was feeling at the end of his tether. At that time a pastor met him and witnessed to him about Jesus. He gave his life to Jesus, and immediately wanted to get baptised. He was baptised, but he was still sick. On the third day after being baptised, he was completely healed.

Before Baba Rafi became a Christian, he was involved in many cultural practices. The Alagwa have been deceived by Satan into following a number of spiritual rituals that they think are actually from God. These include the work of kwasleri (like witchdoctors), appeasing their gieri (ancestral spirits) as well as other incantations or spells people use to protect themselves.

One of these spells is called the raqamisu, and it is a spell that is easily learnt and is used to protect people’s herds of animals from getting lost or attacked. People say it makes the cows invisible so that the wild animals can’t see them.

Baba Rafi continued to use this spell, even after he started following Jesus because he didn’t realise it was wrong. But then he lost his cows and started to feel uncomfortable about using this spell. Instead, the Holy Spirit showed him that he should only be trusting Jesus. That night, before bed, Baba Rafi was extremely worried; his cows were like his savings account, essential to his livelihood. But instead of doing the raqamisu, he just prayed. In the middle of the night, he woke up again really worried about his cows, and so he prayed again. He saw a vision of a man dressed in white standing before him. He knew that it was Jesus and that his cows would be ok. The next day, he found his cows and every one of them was safe. There was a path nearby often used by hyenas. That morning there were no hyena prints at all. Baba Rafi knew that Jesus had protected his cows.