Last year, the Gabbra people in northern Kenya suffered a famine because for the previous two years there had been no rain. Eddie and Rachel Andersen, living among them, felt they had to do something. They raised famine relief donations to employ 30 different families each week to help clear up the devastation caused by the widespread animal deaths, providing food, preventing the spread of disease and, at the same time, sharing the gospel with them. Eddie tells us Botu’s story:

It was about a year ago, near the end of the famine relief work. We were having Bible studies in the mornings in the church, and one day we were going through the passage about the demon possessed man in Mark 5. After the study, one of our Gabbra evangelists, Dub, asked, “Do you think God still does that?” I said, “Well, we serve the same Jesus, he is the same yesterday, today and forever.” He replied, “We know a woman like that in our village here, do you think God can heal her?” I answered, “He definitely can. Whether he will or not, that’s up to him, but he can.”

Later that morning I heard a commotion. I went outside and saw Rachel staring wide eyed at a lady who was screaming at her. I called Dub over to interpret for me and he said, “That’s the woman that I was telling you about!” We sat her down and asked her to share her story. She told us how she had been hounded by demons and had been running from town to town to try and flee from them for the last six months. She hadn’t slept in a house as she had been told by the shaman and by ayana (spirits) that if she entered her house she would die instantly. She’d tried the ayana, she’d tried the Muslims, she’d tried the Catholics, but nobody could heal her. So, she’d come to us. When I asked her why she said, “Because you can heal me. There’s nowhere else I can go.” So we told her what Christ did and who he was, and we showed her passages of Scripture. Then we asked, “Do you want to be free?” She said yes, so we prayed in Jesus’ name. It was amazing, we saw her whole face change from an expression of agony and terror, all of a sudden, to peace.

“It was amazing, we saw her whole face change from an expression of agony and terror, all of a sudden, to peace.”

We explained that now she had been released, she needed to put something in that place so that the demons couldn’t return. We asked her if she wanted to accept Jesus Christ. “That’s why I’m here,” she answered. We explained the gospel clearly and she prayed to accept Christ. Then, we went with her to her house – which she hadn’t been in for six months – and she walked straight in the front door. After we prayed over the house, I asked her why she’d been happy to walk straight in before we’d prayed. She replied, “I wasn’t worried, I was covered by Jesus”. She comes to church every Sunday.

This has been a real encouragement for our Gabbra evangelists. We’d been reading and studying the Scriptures, and we knew it was true, but to see it happen in front of us was really transformative. When you see the Holy Spirit at work, it builds your faith, which means that when you proclaim the Word, you can proclaim it with authority. There has been a real difference in the way that Bible studies have been led since then, and we’ve seen real church growth too.

Not long after that, some elders from Kubi Adi, a nearby town, walked the 35km to come and see me. They asked for two things. “Firstly, we don’t have any water and we hear you have water. Can you help us with water?” So I said I’d pray about it and see what we could do. We didn’t have any funds at that moment, but we knew that God could provide. Then they said, “The other thing we really want you to do is teach us whatever it is that you are teaching these people here. We’ve heard there is a really sweet message and we want it for our village. Can you bring it and teach us?” They invited us to come and start a Bible study, so even before we had provided them with any water access, we were doing Bible studies with them. And we still go almost every week. They are really interested, there is a real hunger for the Lord. But now more villages are begging us to come too! Villages we pass on the way ask us why we aren’t stopping to teach them, so we’ve made more stops. We are just seeing so much hunger, because people are seeing the lives that have been transformed by the gospel here, and the testimony of people like Botu. 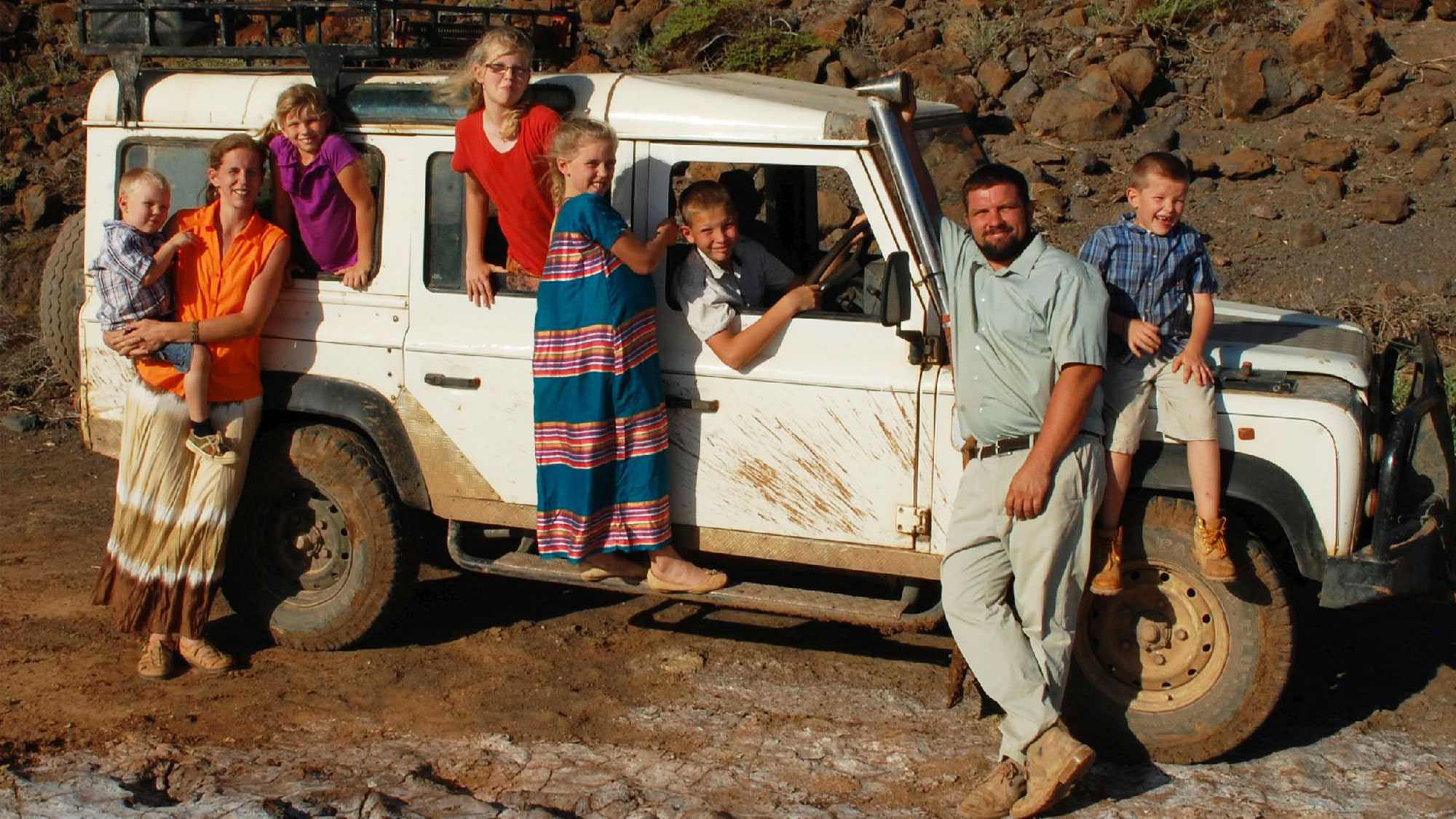