Annual Review: He will build his church

He has built his church

“…I will build my church, and the gates of hell shall not prevail against it.” Looking back, it’s easy to slip on those rose tinted glasses and present a picture of history that is far removed from the realities and difficulties that were actually occurring at the time. Saying that, as we look back over the last year (actually 2014) the overwhelming sense is one of wonder and praise as we consider all that God has been doing in Africa and through the European Mobilising Office.

As part of our Annual Review it’s important that we register the activity that we were engaged in during 2014. It’s also important as we reflect on that activity that we see it in the context of the wider picture of God’s plan for the unreached in Africa that we have been a part of since 1895. Then, a young man called Peter Cameron Scott was struck by the words of John 10:16 written on David Livingstone’s tomb in Westminster Abbey: “I have other sheep that are not of this sheep pen. I must bring them also.” Since then, we have had the tremendous privilege of seeing the Great Shepherd reaching his sheep. We have had the honour of seeing God build his church.

In 2014 that included new work amongst two unreached people groups, the Samburu and the Lesotho Shepherds – teams that are led by mission partners sent out from the European office and include European mission partners. F*, who works amongst the Samburu, explored mission through our short term programme before going on to reach the unreached in Kenya. It has been a joy to witness his calling and to see God working through him to accomplish his kingdom purposes.

We’ve also had the privilege of walking alongside mission partners finishing their initial term on the field but remaining determined to return and continue the gospel work that they began. The Pugh family have returned to the Alagwa in Tanzania and is now reporting local baptisms and seeing God build his church. Kay, who works in a Creative Access context, has also returned, longing to share with those living in darkness the hope that she has.

We also celebrated with Dr Keith Waddell the milestone of his 50th year serving in Africa – a work that has brought sight to so many and so much more. One blind man attending the celebration service for Dr Keith commented, “Dr Keith could not restore my sight, but instead he gave me vision and hope as he showed me God’s love and my value in him.”
1895 to 2014. He has built his church.

* F’s name in this article has had to be removed for security purposes. Following the conclusion of a two year TIMO team, F has gone to work in a creative access location with AIM, and continues to be passionate about sharing the gospel with those yet to hear. 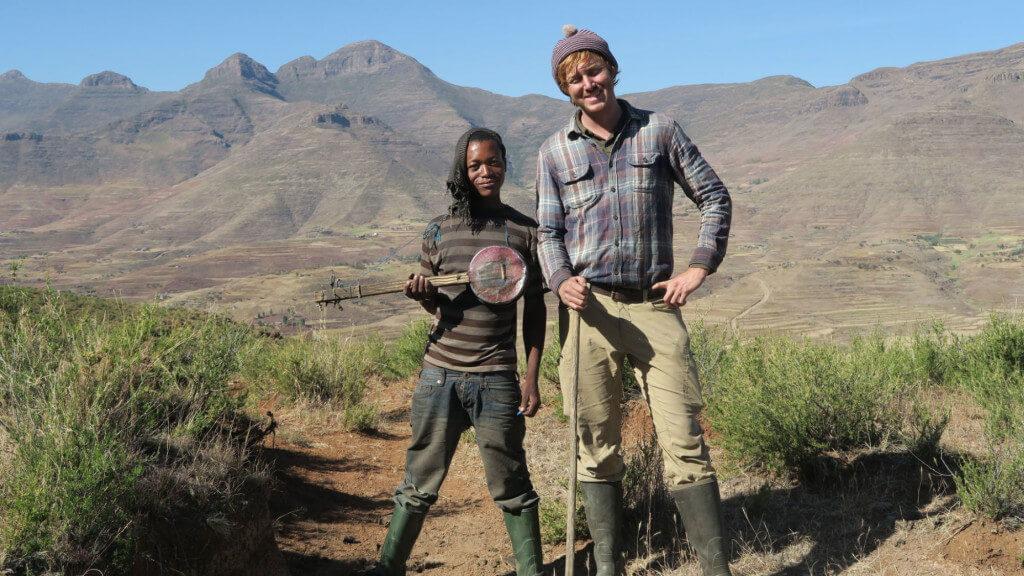 He is building his church

15 of these amongst unreached people and

In Lesotho, Ntate Mosoang had a powerful dream. He dreamt of a painful thirst and a strange man who sated his thirst with cool water. Through this dream he knew that God was revealing his plan to him to send a missionary to his remote village in the mountains of Lesotho. In 1994 a team was recruited and placed in highland areas of Lesotho, including into Ntate Mosoang’s village. Mosoang opened his home to the new team whilst they learnt Sesotho and took their first steps in preaching.

Because of this work, many in Lesotho have come to know the good news of the gospel. But one group remains largely unreached – the shepherds. While some shepherds live close to villages and have access to schools and churches, most do not. The majority live in remote chains of cattle posts in the mountains where the living conditions are sparse but grazing is best. Some men will spend 10 to 15 years in these small communities of five or six men, visiting their home villages once or twice a year for a weekend. These are a people set apart from mainstream village life – marginalised and stereotyped as thieves.

“When Christ was born, God chose to reveal himself first to shepherds – the marginalised…”

When Christ was born, God chose to reveal himself first to shepherds – the marginalised, illiterate and poor of that time. In 2014 we sent out a Training in Ministry Outreach (TIMO) team of men to do the same, to reveal God to the shepherds of Lesotho. Looking back over this first year of ministry, one of the team, Mark Eekhoff comments: “We have not had any baptisms or conversions; nor have we seen any shepherds give their lives over to Christ. What we have seen, though, is enough to give us the hope that the fruit will come. Several instances show that the shepherds are starting to receive the gospel.”

God is building his church amongst the Lesotho shepherds. But there is still work to be done. The team members are sharing their lives and the gospel with the shepherds but they long for support from the church in Lesotho. Ntate Mosoang dreamt of strange men coming to share the gospel. Our prayer now is for the church of Lesotho to carry on that vision – that their passion for sharing the gospel would see them working with our team to reach the shepherds and be part of a church planting movement across the highlands and to the ends of the earth. 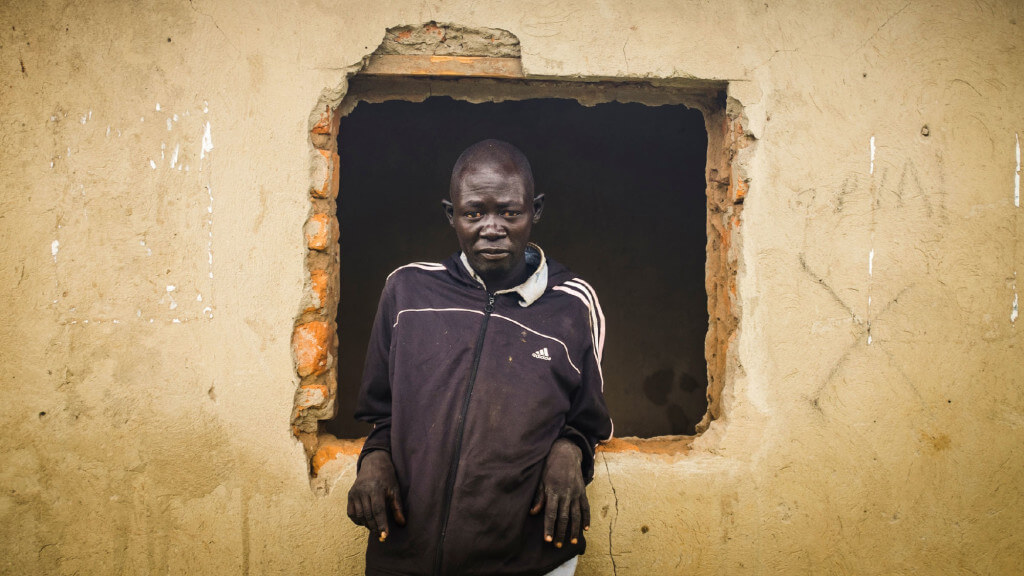 He will build his church 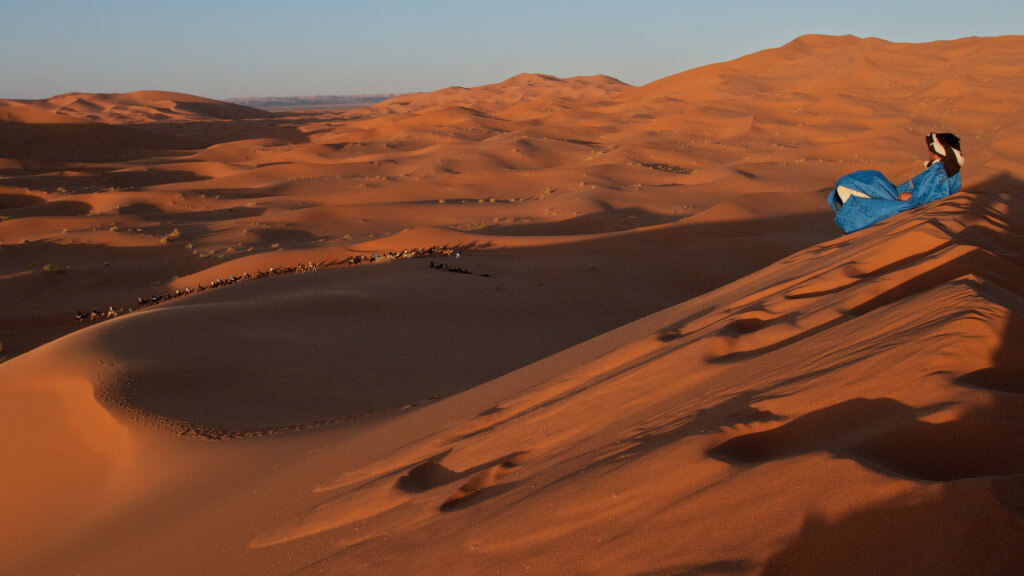 Replacing the mysteries of the Sahara

Peter Cameron Scott described the vision that God had given him for Africa as a “line of mission stations passing through east Africa and on and on – into the mysteries of the Sahara desert.” In 1889 when Scott began talking about this calling, his plan for the new mission “included nothing less than a work that would finally reach the very heart of the great unevangelised section known as the Soudan.” Today there are still over 1000 people groups who have never heard the gospel. Of these 1000 groups around 400 are in North African countries. Our calling today remains the same as that given to Scott; to reach those who have never heard the gospel, to share the good news in the great unevangelised sections of the continent of Africa and to replace the mysteries of the Sahara with the hope of Christ.

For the glory of God

As we look forward, our passion is for Christ to be glorified amongst the remaining unreached and unengaged people groups of Africa. We long to see these people groups surrounding the throne of the Lamb, worshipping together with all the peoples of Africa. Our call is to advance the cause of Christ in Africa, specifically amongst those people groups where he is not known, working towards the vision of seeing Christ-centred churches among all African people.
You’ll notice throughout this issue of Connect, and through previous issues that our concern and desire is to pray intentionally for those people groups who don’t yet know Christ. We’re so thankful for the way you have partnered in prayer and been able to see teams go to people like the shepherds of Lesotho. We will continue to pray for more people groups, and by God’s grace help churches send people to share their lives and the gospel with them.

Part of the building work

In 2015 and beyond we believe that God will build his church. Our joy is to be part of that building work. 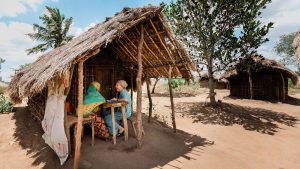