“Following prayer and concerted effort, enough people were recruited to go out as the first AIM missionaries to Kenya. Included in this pioneer group were the founder of the Mission, Peter Cameron Scott, and his sister, Margaret Scott. Together with them were three other men, Mr. Fred W. Kreiger, Mr. Lester Severn, and Mr. Willis R. Hotchkiss, as well as two other ladies, Miss Minnie Lindberg, and Miss Bertha Reckling.” 1

Women have been a key part of AIM since our very inception. A dig into our archives shows how Margaret Scott was instrumental in leading AIM’s first missionary foray alongside her brother Peter. It wasn’t long before their band of seven was also joined by Peter’s mother, who after burying her son George, decided that the call upon the whole Scott family was to serve sacrificially in Africa. Our history is marked by the actions of remarkable women, who at great cost to themselves have pursued God’s commands to take the gospel to those in Africa who have yet to hear it.

A casual flick through the Gospels demonstrates that we shouldn’t be surprised about the centrality and the importance of women in mission and in ministry. As we sat down to plan and discuss the Bible study columns that you’ll find dotted through this issue of Connect, our problem was not around which women to include, but which of the many stories to leave out. We were also struck once again by the counter-cultural way in which Jesus interacted with the women he encountered. James B. Hurley, in his book Man and Woman in Biblical Perspective comments that, ‘the foundation-stone of Jesus’ attitude toward women was his vision of them as persons to whom and for whom he had come. He did not perceive them primarily in terms of their sex, age, or marital status; he seems to have considered them in terms of their relation (or lack of one) to God.’ That is why Jesus’ interactions with women in the Bible shouldn’t be seen as ‘stories about women, for women’. But rather as parts that make up the whole story of Jesus’ love for and redemption plan for humankind. Men, the story of the bleeding woman is included for you too.

That story appears in all three of the synoptic gospels. In Mark and Luke’s accounts, after the woman has touched Jesus’ robe and has been healed, he stops because he wants to know her. He wants to know the woman who has desperately reached out from the fringes of society, crushed by her years of shame and invisibility. Jesus stops, and in that action he demonstrates the depth of his love for those the world does not see and those the world dares not touch. And he calls her ‘daughter’.

In the account of Lazarus’ death and resurrection in John 11-12, Mary confronted Jesus for not being there to save her brother. She then returned to her mourning. Mary, who sat at the feet of the Master and was commended for choosing the better thing, didn’t grasp the true extent of Jesus’ power and sovereignty.

But then, she witnessed the miracle of Lazarus’ resurrection.

Mary responded by coming once again to kneel at the feet of Jesus, this time with understanding of who he truly was. In a beautiful act of faith, she broke a costly jar of perfume and anointed Jesus. In an expression of humility, she cried at his feet and dried his feet with her own hair.

Jesus’ compassion and love are clear, but as you go through the Bible studies in this edition, you will also see in his interactions that he did not gloss over sin in women’s lives. It was not condoned, but confronted. Each had the personal freedom and measure of self-determination to deal with the issues of sin, repentance, and forgiveness.

Women in Jesus’ day were outsiders: marginalised and undervalued. Many in Africa still are today. Held back by oppressive regimes. Controlled by false religion. Slaves to poverty. But Jesus loves them in the same way that he loves the women he encountered in the Gospels. For themselves, as self-determining people able to choose him independently, regardless of what their culture tells them. In this edition, we’ve included stories from Tanzania, Kenya, the Indian Ocean Islands and Rwanda, illustrating how women are sharing the gospel and supporting other women in doing so.

But we also need men. In her article, AIM Air’s Chief Pilot shares some stark truths about the lack of single men in mission.

Mary knelt at Jesus’ feet. He spoke to her but she didn’t truly listen. It was only after the death and resurrection of Lazarus that she really responded to who Jesus was. How many is Jesus speaking to now and calling them to follow his commands? Pray they will respond to who Jesus is, and who he loves. And go. 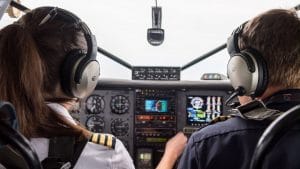 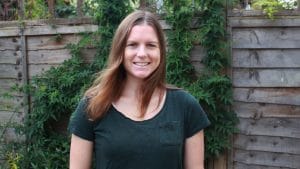 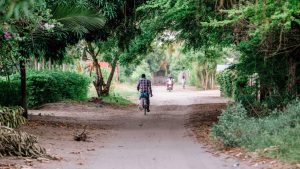