with with Riga, Andry & Mialy 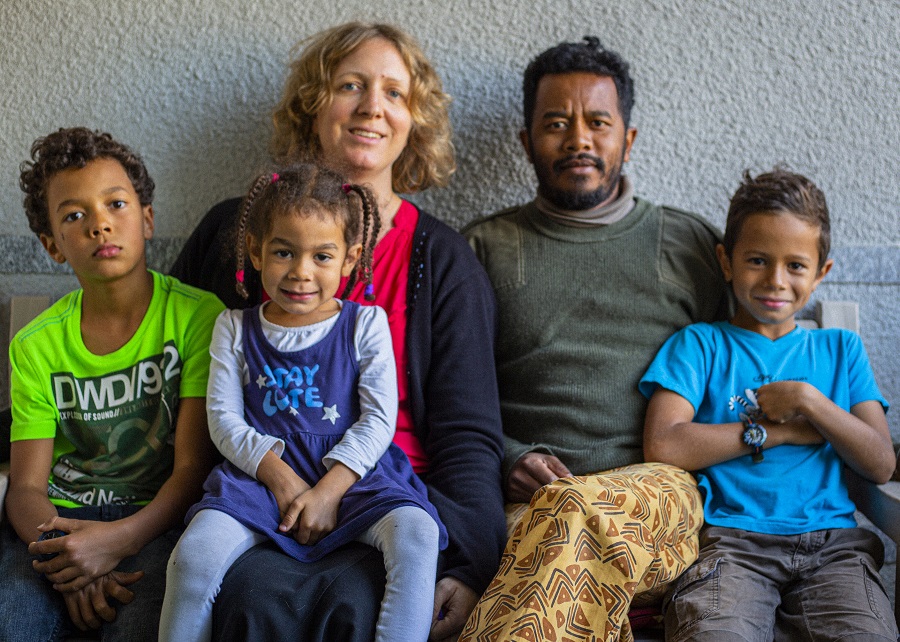 The Ramangalahys are part of a ministry team based on the island of Nosy Be, off the northwest coast of Madagascar. Nosy Be is in the region where two of Madagascar’s 18 people groups, the Antakarana and the Sakalava, live.

The Sakalava are semi-nomadic agriculturalists and fishermen who live in the west and northwest of Madagascar. They believe in a remote creator God who was the first ancestor and can be reached through ancestral spirits and human mediums. Fear is a constant companion: fear of punishment, of displeasing ancestors, and of death. Taboos are observed in almost everything to do with their daily life. Everything is geared towards pleasing the ancestors of the royalty.

A TIMO team served among the Sakalava from 2013-2015, during which time they saw several people come to Christ. Rosina Ferdinand, AIM’s Unit Leader for Madagascar, and one family from the TIMO team have continued to minister to the Sakalava since. Four Sakalava couples who are new believers have now been trained to share the gospel with their own people, and AIM is sending others, such as the Ramangalahy family, to join this team.

The first step of the Ramangalahys’ ministry is to learn the local culture and language and live among local people, sharing in their lives. The nature of the projects that Hervé and Nathalia will be involved in depend on the needs of the local people, but they will be driven by Jesus’ love.

Could you partner with the Ramangalahys in this work?

The Ramangalahys work among the Sakalava on the island of Nosy Be, Madagascar.

Because the Ramangalahys are based in Switzerland, if you would like to partner with them financially, please contact the Director for francophone Europe, Gilles Bonvallat via email at france.eu@aimint.org or call our office on 0115 9838120 for more information.