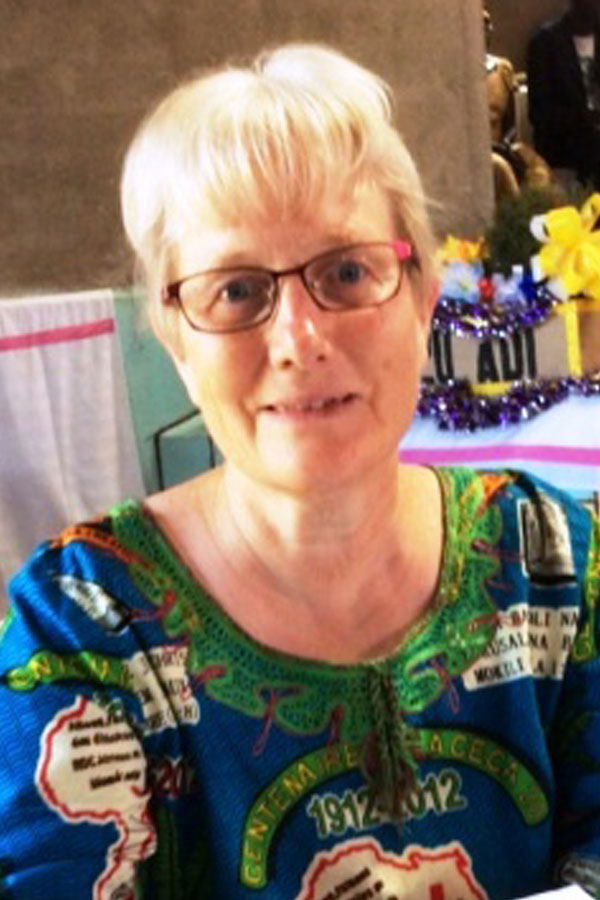 Toni was involved in encouraging and assisting church leadership in developing vision and ministries in the CECA 20 community of churches of the Democratic Republic of the Congo.

She began serving with AIM as a short term missionary, and continued working in DR Congo (then called Zaire) in 1988 as a long term missionary. She was involved in a number of roles in her time with AIM: teaching, administration, and team leadership; and is now working with CECA 20 in administration and leadership development.

Toni retired from serving with AIM in 2017.

Toni was involved in encouraging and assisting the leaders of the CECA 20 church network which AIM founded in DR Congo in 1912. She retired in 2017.