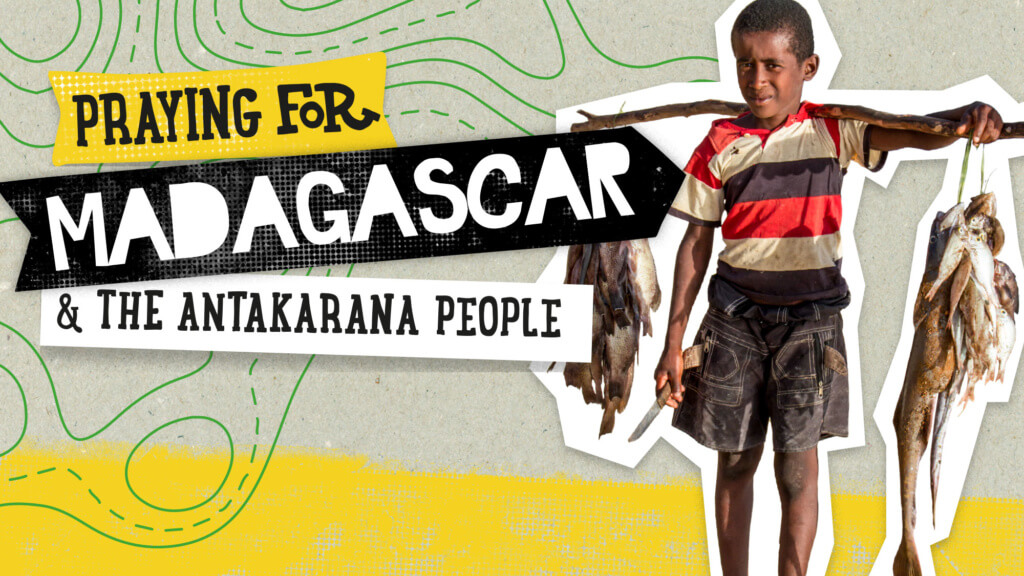 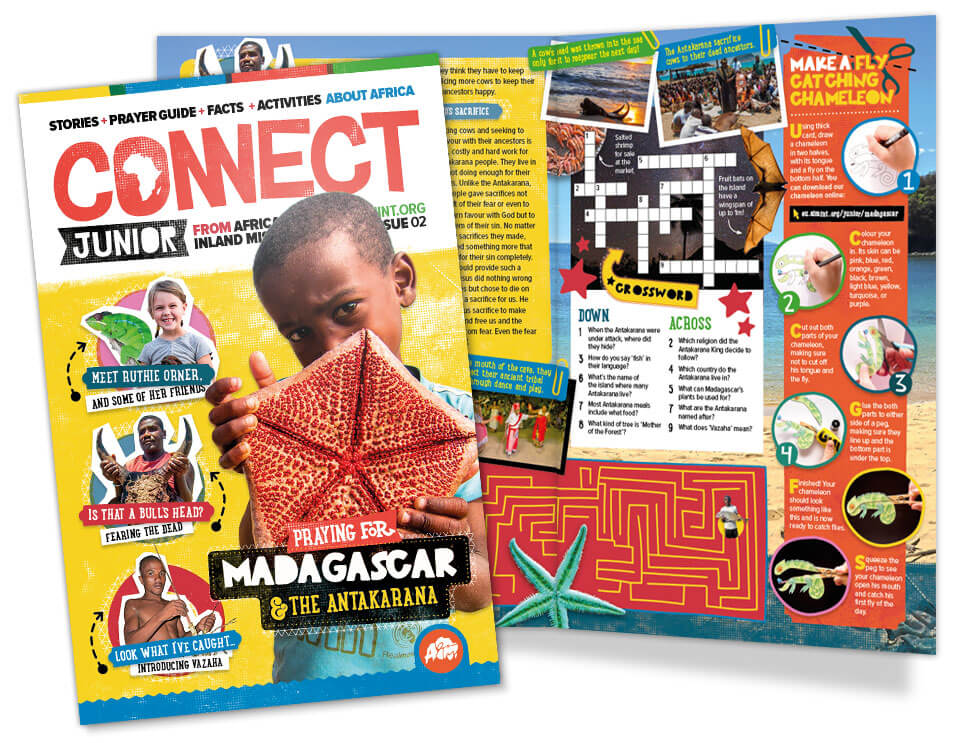 The Antakarana live in an isolated, rocky place in the far north of Madagascar. Some of them work as fishermen on the coast. Others who live in inland villages raise cattle and grow rice.

At one point in their history the Antakarana were in danger of being wiped out by another people group, the Merina. To escape, the Antakarana hid in caves for over a year. Life was difficult and many died. Their King prayed that if his people survived, they would embrace Islam. They found refuge on the island of Nosy Mitsio and converted to Islam in the 1840s. Now they mix Islam with their original ancestor worship, and spend their lives trying to please spirits. 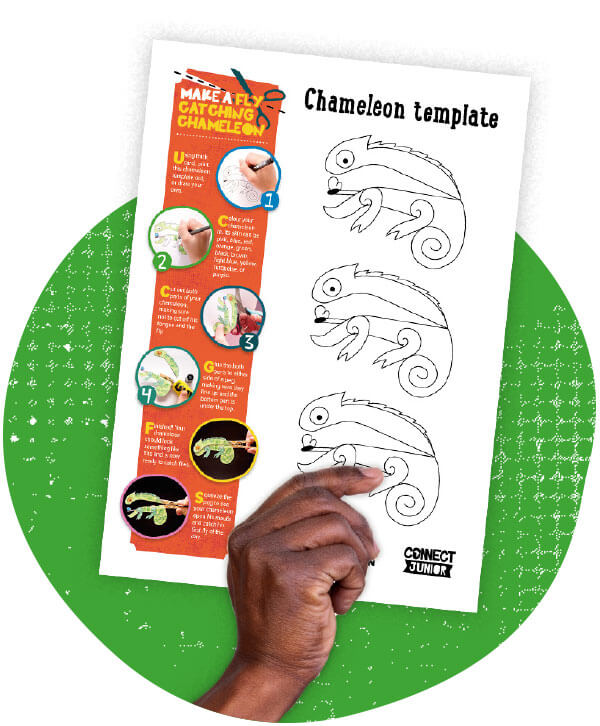 Using thick card, download and print our chameleon template and instructions. You will need a pair of scissors, colouring pencils, glue and a peg. Download our template from here. 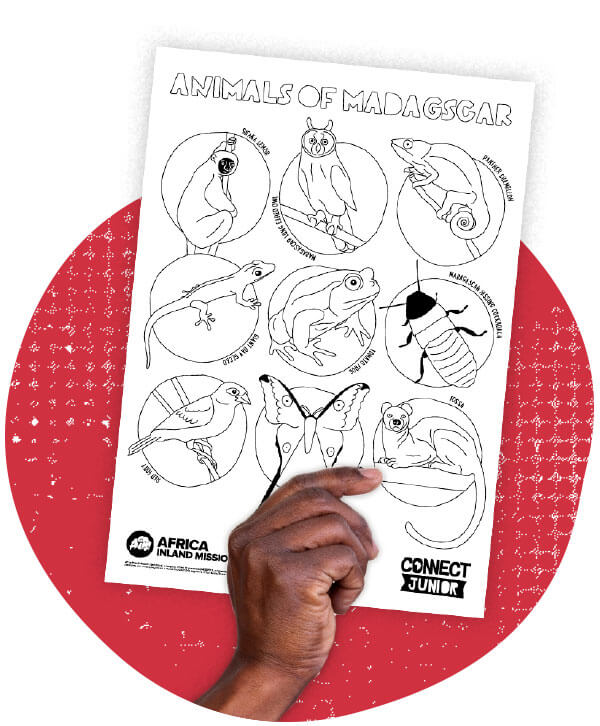 Madagascar is home to a whole lot of plants and animals found nowhere else on Earth. In fact 90% of all the plants and animals there are only found in Madagascar. That includes lemurs, the carnivorous fossa and the Madagascar long eared owl. Why not download a colouring sheet with some of these animals. 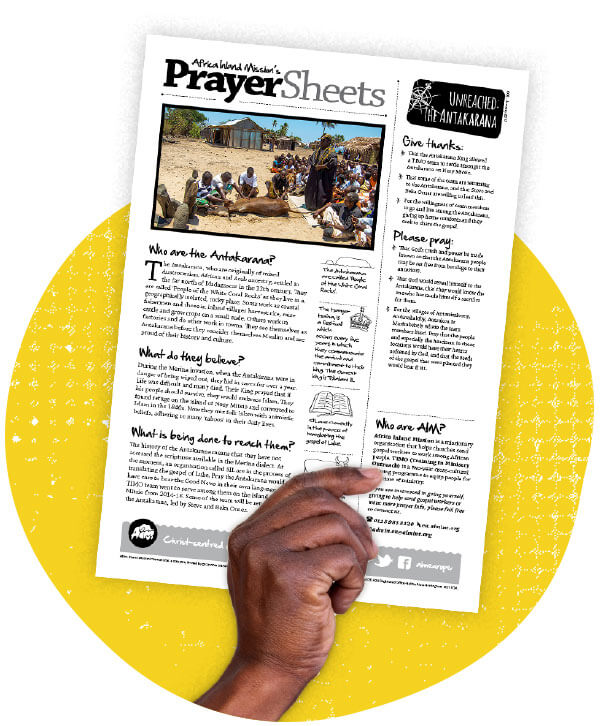 This printable prayer sheet provides a brief introduction to the Antakarana and a number of prayer points to help you prayer for them. Use it on your own or with your youth group and church. Download the latest version here.

The Antakarana speak the local dialect of Malagasy. Listen and learn to a number of Malagasy phrases below:

Building a Home on Nosy Mitsio

Watch a video of the team members building a Home on Nosy Mitsio. The video shows how it was built and also has a walkthrough of the house after it was finished.

The Sakalava and the Antakarana

Based on the true stories of two of Madagascar’s least-reached peoples: the Sakalava and the Antakarana.