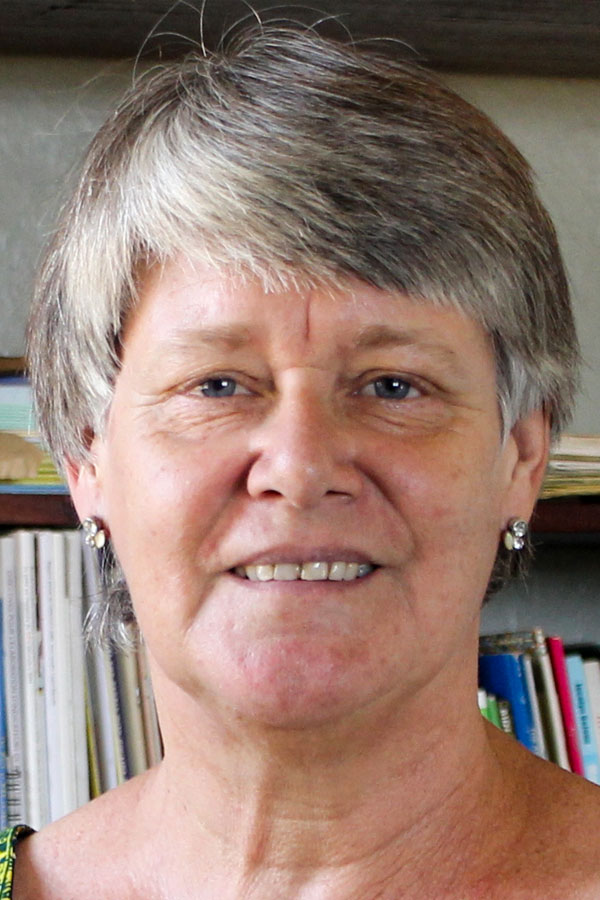 Sent from Evangelische Gemeente Parousia in Zoetermeer, The Netherlands

After training as a nurse, followed by Bible Training in Belgium and a training in tropical medicine in Antwerp, Annemarie left in 1989 for the first time to DR Congo (then Zaire). From 1989 until 1998 Annemarie taught at a nursing school.

After a forced evacuation in 1998, Annemarie obtained a Master’s Degree in Community Health at the University of Liverpool in 1999. Since 2002 she has been working with the Aids Awareness Program of the CECA 20 church.

In 2007 she moved to Adi, in the very north-east of DR Congo, where she now works to develop training for pastors, including leading workshops, as she seeks to support and encourage them in their ministry among those who are living with HIV/Aids.

DR Congo is the largest country on sub-Saharan Africa. With over 75 million people, it is also the country with the fourth highest population in Africa. AIM has been working in DR Congo since 1912, when it was known as Belgian Congo. The CECA church established by AIM is now a major denomination in DR Congo, and has begun Bible schools, hundreds of primary schools, secondary schools, medical schools, and a university.

During the time that she has been in DR Congo, Annemarie has seen a change in people’s attitudes towards the Aids pandemic. When she first arrived, people didn’t talk about it, and almost no tests or antiretroviral (ARV) treatments were available. Now, people are more open to talking about Aids, and the government is working to make tests and ARVs available in all of its health zones.

CECA’s Aids programme was an important factor in a national Aids training programme being started in January 2014, and since then Adi General Hospital, where Annemarie works, has begun a treatment programme for patients with HIV. In more recent years, Annemarie has also been focussing on preparing workshops for church leaders that encourage and equip them to serve people living with HIV and model to their churches an acceptance of those infected with HIV.

Annemarie is also involved the Bethesda project, which supports children who have been orphaned by their parents dying of the consequences of Aids by helping them pay for their school fees.

Could you partner with Annemarie in this work?

Annemarie Boks shares that in the local hospital they are seeing more patients suffering from Covid-19. A couple of weeks ago, they began a vaccination campaign, which generated a lot of interest. Please pray that more vaccines will be available in DR Congo so that more people can be vaccinated against Covid-19.

Please pray for the Bethsaida project, which Annemarie Boks is involved with. The project helps children who have lost their parents because of HIV-related illnesses to go to school by sponsoring them. Because of the closure of schools in DR Congo due to the Covid-19 pandemic, Bethsaida have begun practical training for the children they support. Please pray that the children will enjoy the training, and that the practical skills they learn will be really useful for them throughout their lives.

In October Annemarie returned to DR Congo after several months in the Netherlands: “I stayed in Bunia for a bit more than a week and talked with several people, including the current church president of CECA and his predecessor… In Bunia I stayed with Tom and Abbie… They are now the Unit Leaders for DR Congo, and I talked with Abbie about my next term. At the end of October rebels entered Nyankunde and Bunia and fighting took place. Please pray for security to be established and for the protection of God’s people in both places. And for wisdom whether to stay, or leave temporarily and find a place of rest elsewhere… Please pray for protection for Bunia and Nyankunde, and for wisdom for the missionaries.”

Annemarie has just returned to DR Congo, after having been in the Netherlands for several months. “The hospital in Adi has received a financial gift twice through the aid program of the Evangelical Broadcasting company in the Netherlands for prevention against Coronavirus in Adi Health Zone. The gifts have been used in teaching through radio, on the markets, in the churches and through leaflets and have also bought disinfection materials, masks and aprons for the health centers… Pray for God’s protection against Covid-19 in Adi, for preparations to be ready for it at Adi Hospital and all the prevention activities against the Coronavirus.”

Annemarie is currently in the Netherlands because of the Covid-19 pandemic and will return to DR Congo when possible. “I received a voicemail from Ayila, one of my colleagues in Adi. Ayila is a nurse working in Adi Hospital in the treatment program for people living with HIV. Furthermore, he is helping me as a facilitator in the workshops of ‘Channels of Hope’. In this mail he expressed his concerns about the people living with HIV who have to go to Uganda for their Antiretroviral drugs (ARV). Now with the Coronavirus the borders have been closed, and both Uganda and Congo are pretty much in a lockdown. Many cannot cross the border and without ARV their health will deteriorate. Also food is becoming a problem, people living with HIV who are taking ARV have to eat well. Ayila is asking for prayer and practical help… Please pray that God will enable people living with HIV to get their ARVs, and that others can be assisted at Adi hospital, and that the supply of ARVs will not dry up. Pray also for good collaboration with the medical authorities in DR Congo.” 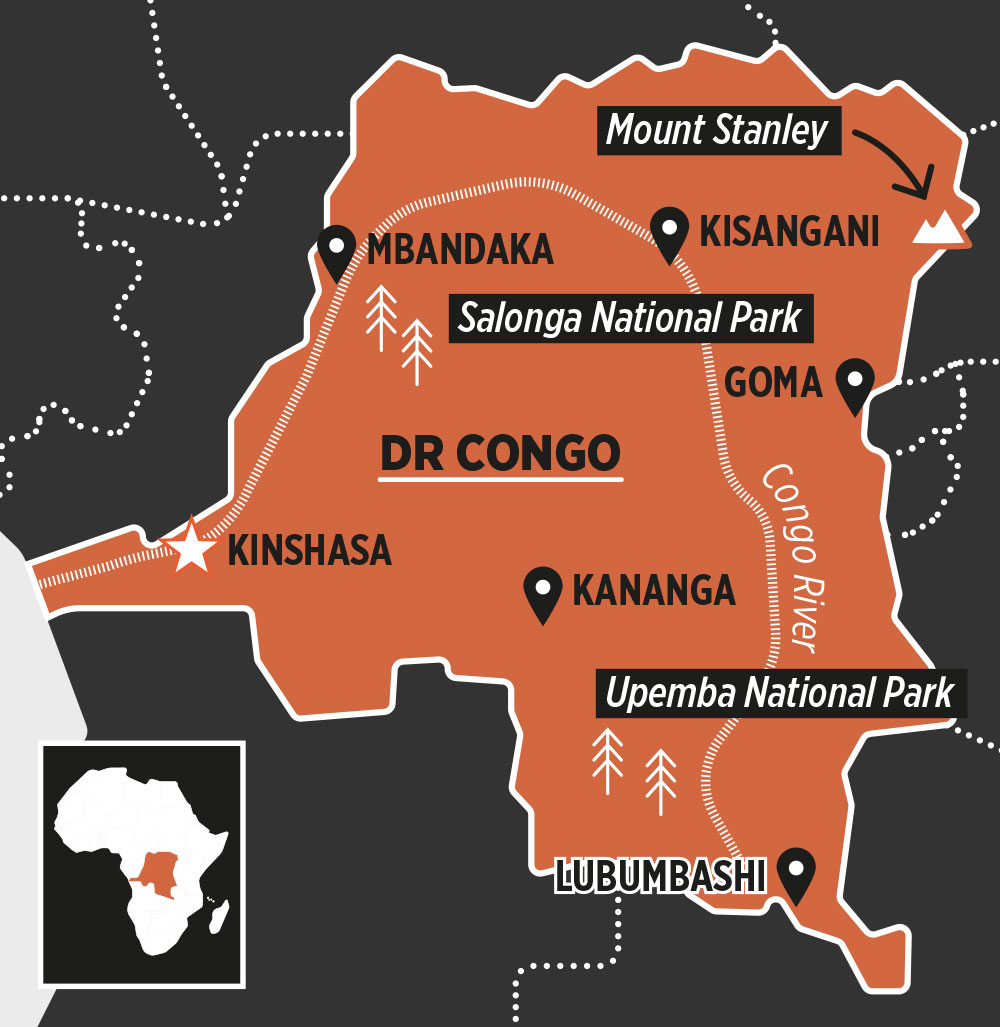 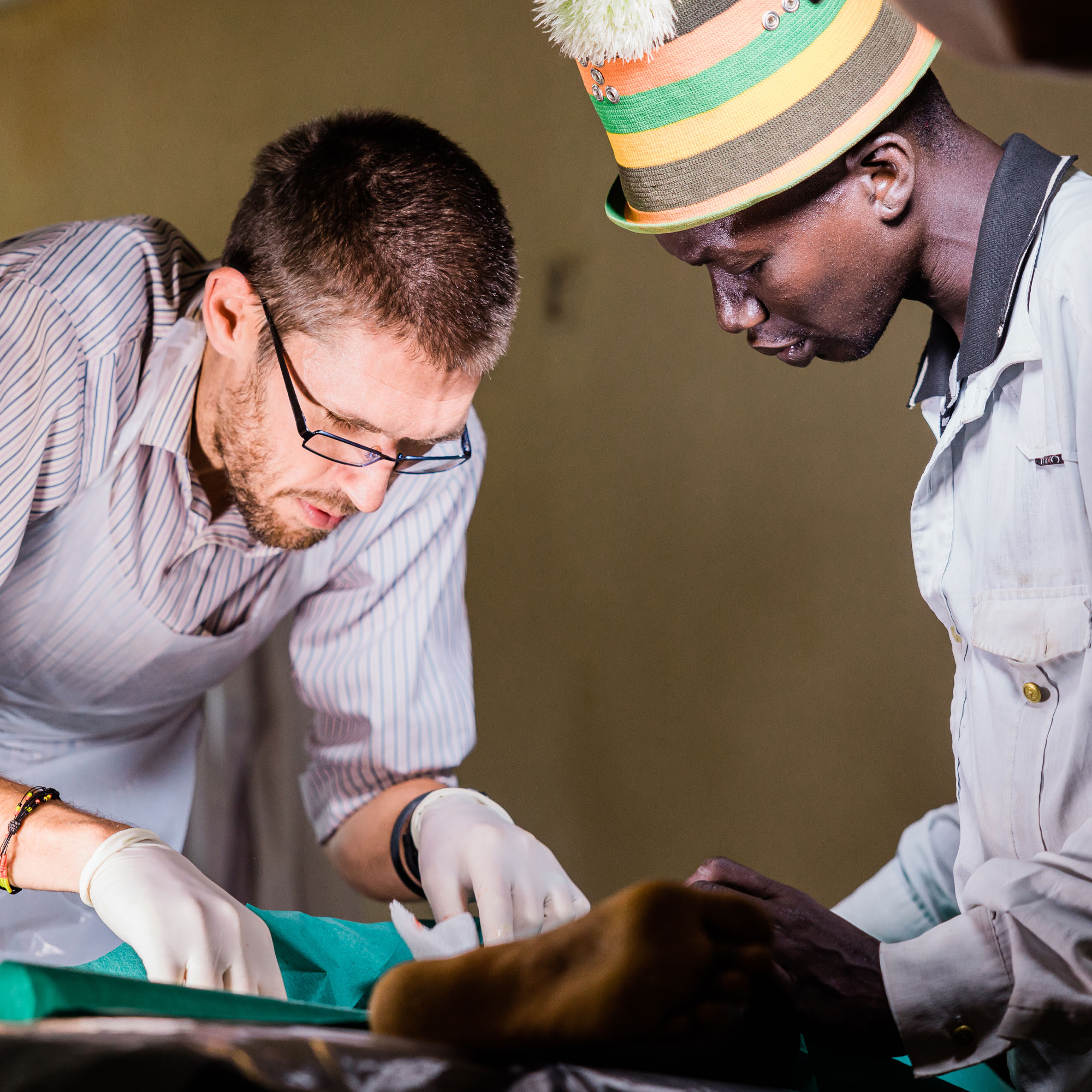 We long to see Health Professionals practising, modelling and mentoring competent, compassionate medicine, but doing so in places where they will influence unreached people groups for Christ. LEARN MORE 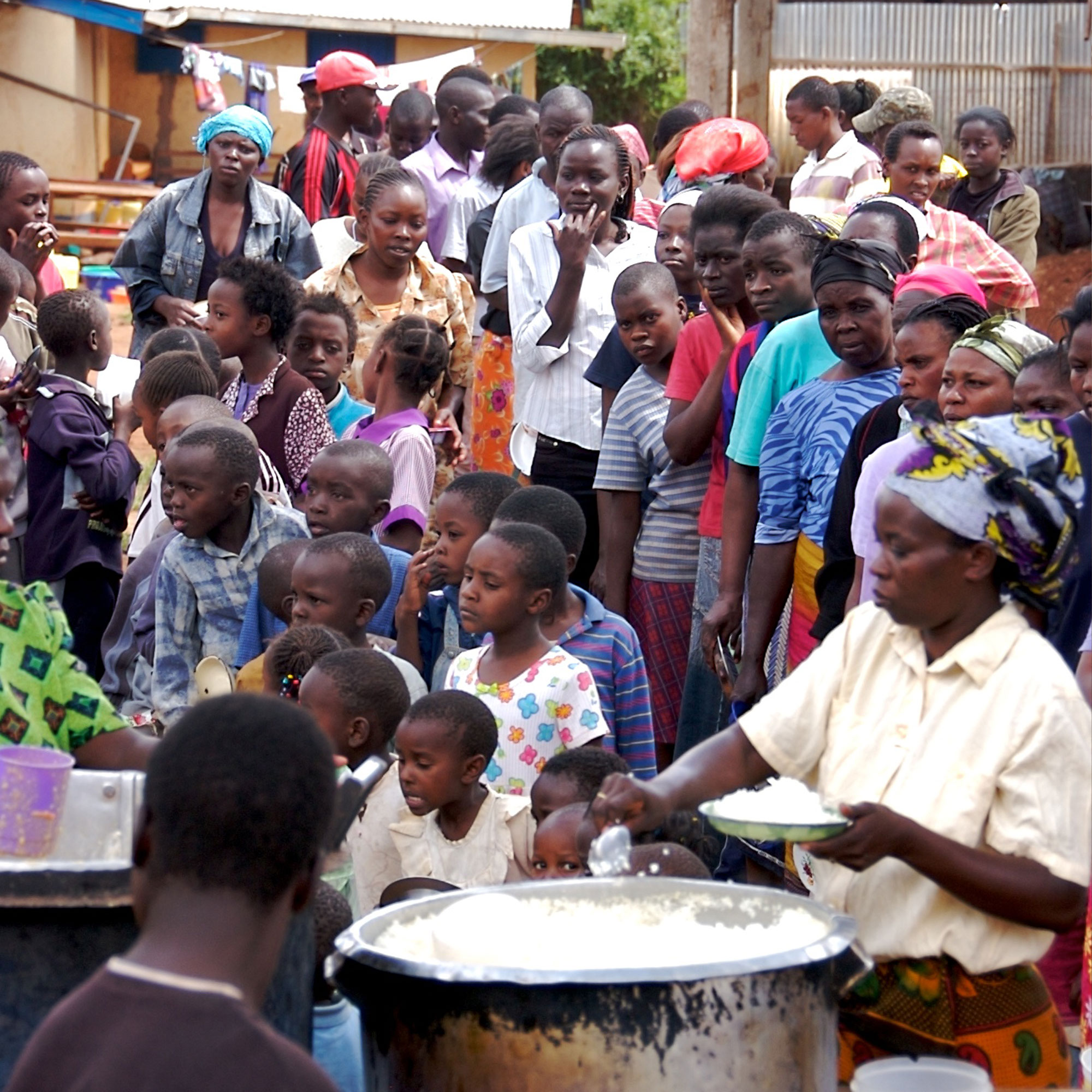 We hope that our church development work with local African churches will lead them to be centres of hope and love that draw more people to Jesus. LEARN MORE 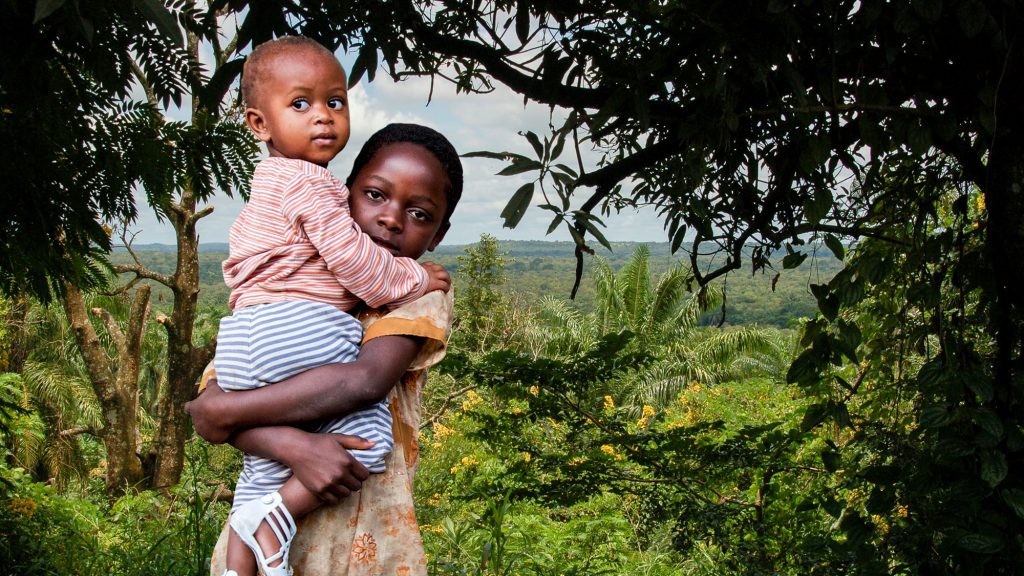 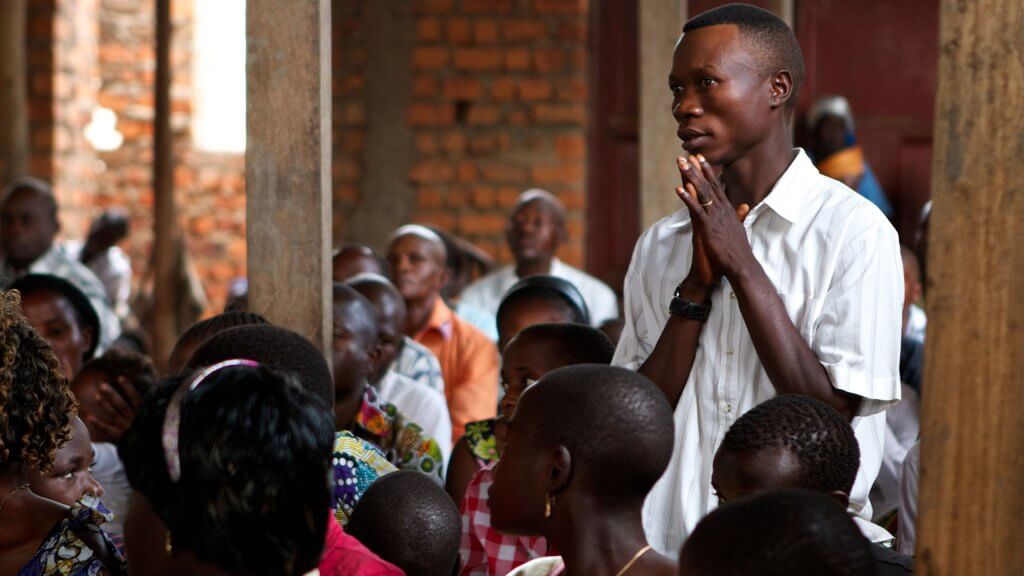 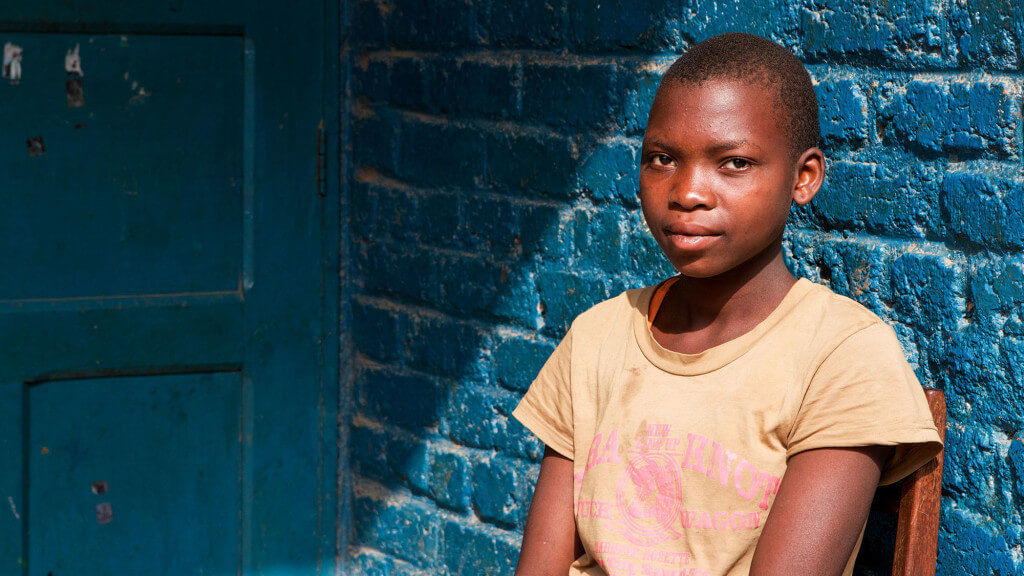 Serving the Church in D.R. Congo