As Joseph* came to the Zambian border after running and walking through the night, he couldn’t even think. His mind was numb. He prayed without words, wondering if he’d ever see his wife again.

Days before, the governor of the province had declared that everyone from Joseph’s people group had to leave. The killing started instantly. His father, a godly man, had gone to a meeting to try to fight this evil in correct, godly ways. He was killed, and they came for his family.

Joseph and his new bride, Francine*, were living with his parents. By the time Joseph got home, his wife had fled. His mother was too stunned to move. Before he could get her out, someone was banging down the door. They beat his mother and there was nothing he could do. He woke up later having passed out. They probably thought he was dead too. He went to a Catholic priest who told him there was nothing he could do but run for the border, and pointed him in the right direction. His parents were dead. His wife was missing. His brothers and sisters were missing or dead.

He cried out to God and, miraculously, God led him to his wife, also at the border waiting to cross. Their reunion was one of relief but little emotion. She was also in shock. Her family had been killed too. One of her sisters might have got away, but to this day she still doesn’t know. Together they walked to the first village, praying to God for help.  They couldn’t speak the language, but God sent a kind Zambian who understood enough or had seen enough refugees. They were exhausted and afraid, but he let them sleep and gave them food. The next day he found a trucker willing to take them to the city.

Again they prayed for safety and protection. And again God’s hand was there. This man was also kind and took them to a church that helped them get to a refugee camp.

There, life was a new kind of nightmare. They continued to live in constant fear and danger. Everyone was desperate, and there was a lot of suffering. People helped them with food and clothes and taught them how to stay alive. Violence and rape were the norm and no one was allowed to leave the camp without authorisation. Joseph knew they needed to try to live as normal a life as possible, so he began to be a pastor and his wife found some work.

They prayed to leave, but the months turned into years. Their children were born, and still they were living from day to day in the camp. Grateful to be alive, but wishing for something else. Sometimes a country would accept a certain number of refugees. After sixteen years, they received a notice that they were going to be moved to Finland. They were told that it would be very cold, dark for half of the year and the language is very difficult, but that they would have their needs met.

Arriving in Finland, they were taken to their apartment and given food and clothes. Every day they thank God to be here, but life is still not easy. Refugees are not readily accepted here. Their children, though they can speak Finnish now, still have no Finnish friends. Joseph and Francine have very few. Joseph is a pastor to the Congolese refugees here and wants to reach out to the other refugees and to the Finns, whom he has discovered are living in their own strange suffering, far from God.

Joseph has found the language and cultural barriers almost impossible to navigate, even with the few well meaning Christian Finns. Finnish is not a language one learns quickly. He knows there is a great need and opportunity within Finland to reach many people for Christ. He also never goes a minute without thinking of the great need he has left behind and how to send help back to them. He was excited when our family appeared out of the blue, because now he has someone to help bridge the Finnish worldview and the Congolese worldview.

*Names have been changed for security reasons. 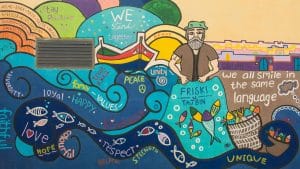 I will never forget the article I read about a teenage girl who had to bury her mother and two sisters in the desert sand. This article haunted me. I asked, “Who is on the other side of the Mediterranean welcoming such a victim of human suffering? Who is there to embrace her and offer her hope and healing?” 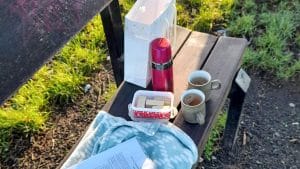 Want to start to reach out and connect with members of the diaspora in your community, but not sure where to begin? Here are some starting points… 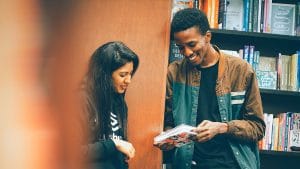 Finding Jesus in a foreign country

When Tamara* left Africa to go to university in France, her whole life changed. She tells her story…